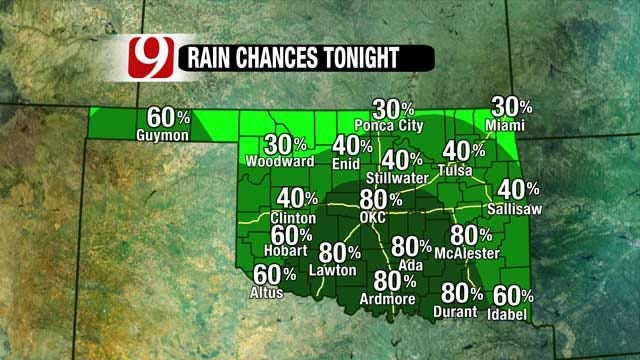 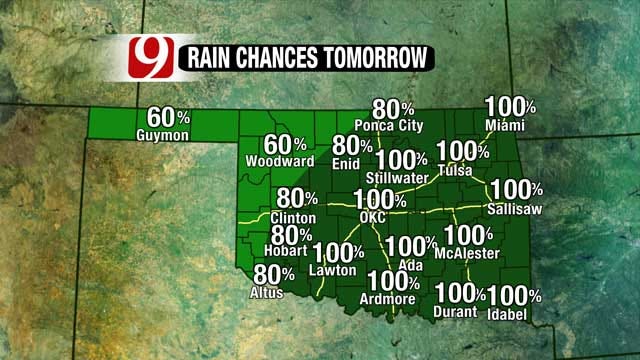 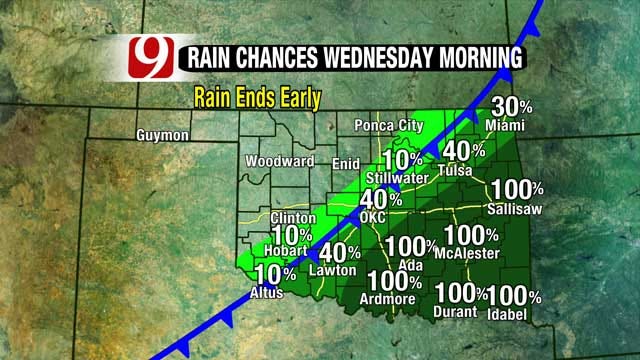 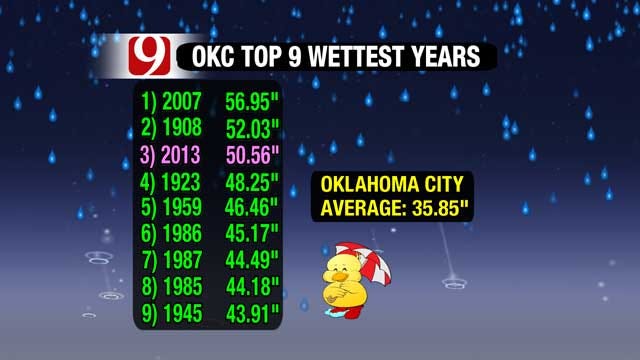 A strong storm system over the western United States is ramping up south winds and increasing Gulf moisture across Oklahoma.

Tonight, rain is likely across most of southern and central Oklahoma as showers and a few thunderstorms lift northward from Texas. This will likely mean a soggy commute Tuesday morning here in the Oklahoma City metro.

Scattered showers will continue to lift into the state throughout the day Tuesday, with most of the state seeing moderate to heavy rainfall at times. Rain is expected to taper off Tuesday evening before another round of showers and storms moves through, from the northwest to the southeast, late Tuesday night along a cold front.

West of I-35, rainfall totals are expected to range from a trace to a ½ inch with higher amounts in central and eastern Oklahoma, with ranges from 1 to 2 inches. So far this year, more than 50.5 inches of rain have fallen in Oklahoma Cit. This puts us at the third wettest year on record. This next storm could bump us up to the second wettest year on record.

The severe threat over the next 24 to 48 hours is low with very limited instability.