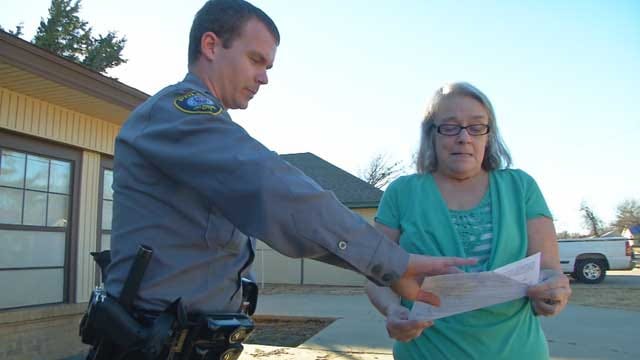 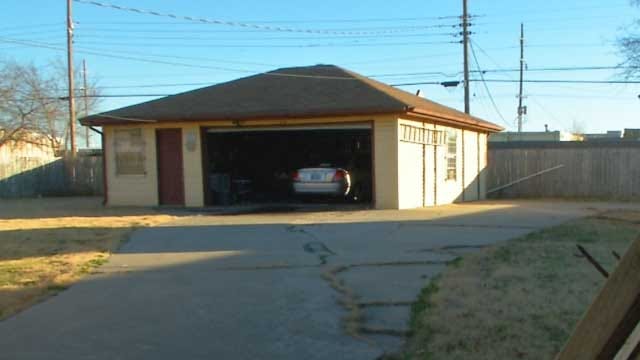 An Oklahoma City woman is left terrorized in her own home after becoming the target of an early Christmas Eve burglary. Then, less than 24 hours later, she woke up to an attempted home invasion.

Police tell the victim they were at SW 59th and Western, one block away from where the attempted home invasion went down as it was happening. However, the officers were just far enough away for the suspect to slip away.

Around 10 p.m. on the night before Christmas, Sharon Richardson heard a noise coming from her bedroom window. She was already on edge from a burglary that morning, so she called 911. At about the same time, she says she saw a man trying to break open her bedroom window.

"I knocked on the window, and I said, ‘Get out of my yard,'" Sharon Richardson said. "He took off running."

Richardson didn't get a good look at the man, who she believes broke into her garage 19 hours earlier. A lawn mower, weed eaters, tools and an air-conditioning unit are now gone. Richardson estimates she's out about $3,000 worth of items. It took time to fully realize what all had been taken. That had officers back at Richardson's house Thursday with more paperwork to fill out.

"I just don't understand why people do this," said Richardson. "If [the suspect] had knocked on the door, I would have probably [given] him something for Christmas if he didn't have anything. But, I guess not too many burglars are going to do that, are they?"