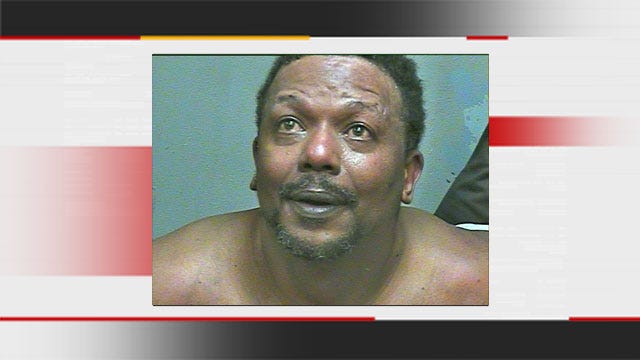 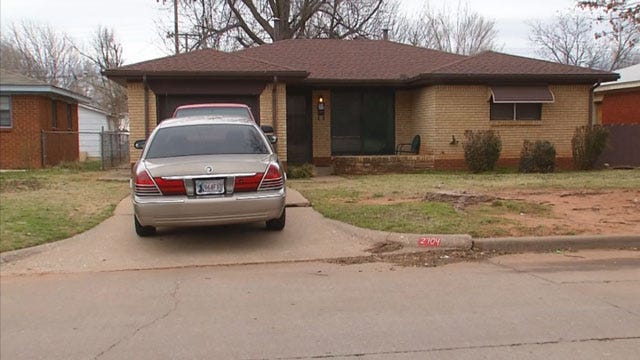 A Del City man sits in jail Saturday night after police say he shot and killed his 15-year-old grandson.

Officers say the man was naked and delusional when they arrested him Friday night. Family of Lochinvar Caldwell say the deadly shooting was out of his character. He was a kind, churchgoing former Marine, who took care his two teenage grandkids. But relatives say something snapped.

"My cousin LC, that wasn't him," said Felicia Marzett.

Del City Police described 57-year-old Lochinvar Caldwell as irrational and violent when they arrested him Friday night. Hours before, Marzett said something sounded off with him.

"When I called and he did not know who I was, I knew something was wrong, and that's when I called two other cousins and was like, ‘Something is wrong. He has gone crazy.' And when I said it, it wasn't a joke," she said.

No joke that neighbors say Caldwell went on a rampage.

"He went toward his house and then came running back, took his robe off. Then he was naked and he started hitting my dad," said 14-year-old Laura Munoz, who has lived next door to Caldwell for 10 years on Eagle Drive.

She says Caldwell randomly attacked her father Refugio Munoz. He started yelling at him, told him to get on the floor of his driveway, socked him and then stormed off into another neighbor's home.

"He never talked to me before. It was really weird last night. I tried to go back inside my house, but he didn't give me a chance," said Refugio Munoz. "He was right over on me and started punching then I started wobbling because he hit me really hard. You can see how he hit my eyes and my lips."

Meanwhile, Munoz says Caldwell's 17-year-old granddaughter was lying in the middle of the road covered in a sheet. Neighbors called police, and it wasn't until officers arrived around 10:30 p.m. when Caldwell's granddaughter told police everything.

"As soon as they got him detained, the 17-year-old female told our officers that my 15-year-old brother is in the house and was murdered earlier today by this individual," said Maj. Jody Suit of Del City Police.

"We know that all day long, she stayed with him, out of fear for her own life. She didn't want to flee because she felt he might take her life too."

Investigators found 15 year-old, Jaquelin Caldwell dead in a bedroom from a gunshot wound. Police were told he was shot around 7 or 8 a.m.

"It's very unusual, I can't recall ever working a case like that before, and nowadays a lot of grandparents are raising their grandchildren," said Suit, who has been with Del City Police for 25 years.

"The granddaughter told us that her grandfather started acting delusional around 1 a.m. the day before, so we believe it started from that morning and ended at 10:30 p.m. the following night, so that's a lot of hours for this to be going on."

Del City detectives are interviewing more of Caldwell's relatives and say his granddaughter is now staying with an aunt. Marzett says the girl is doing fine and the family is trying to cope the best way they can.

Caldwell was taken to the hospital to be checked out and police took a blood test before booking him in the Oklahoma County Jail.