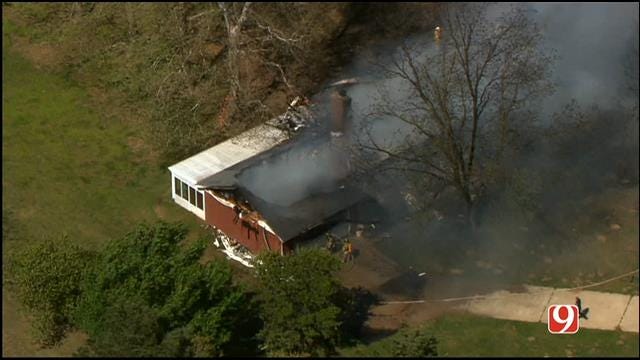 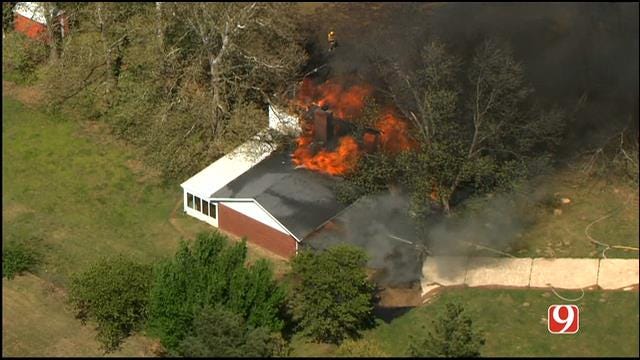 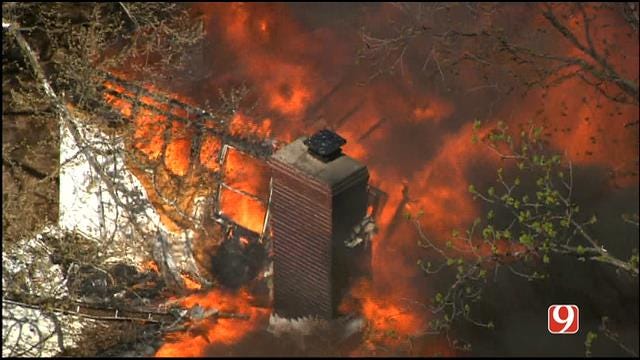 Firefighters responded to the scene just after 3 p.m., near SE 15th St. and Indian Meridian Rd.

When crews arrived, towers of flame and large plumes of smoke were pouring out of the second floor of the home. The owner also warned firefighters that he had a large amount of ammunition inside the home.

Strong winds and the distance from the home to the nearest hydrant hampered the firefighters' efforts to extinguish the blaze.

The cause of the fire has not yet been determined and there has been no word on injuries at this time. A preliminary damage estimate has not been made, but the home appears to be a total loss.

Crews with Oklahoma Natural Gas (ONG) and Oklahoma Gas and Electric (OG&E) were also called to the scene.

Firefighters were able to knock out the blaze just before 4 p.m.