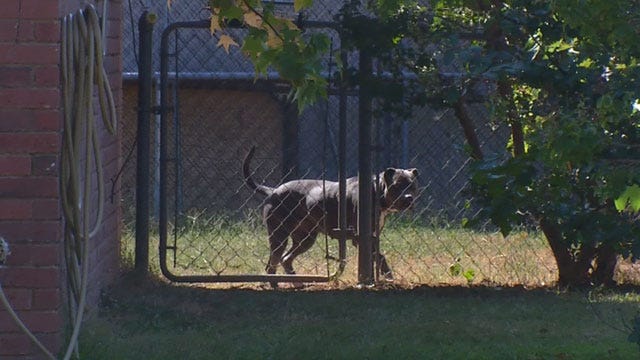 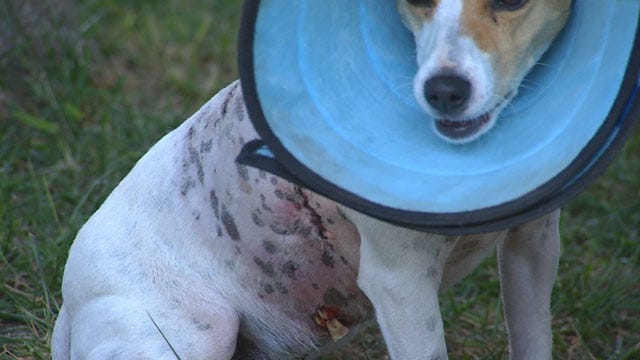 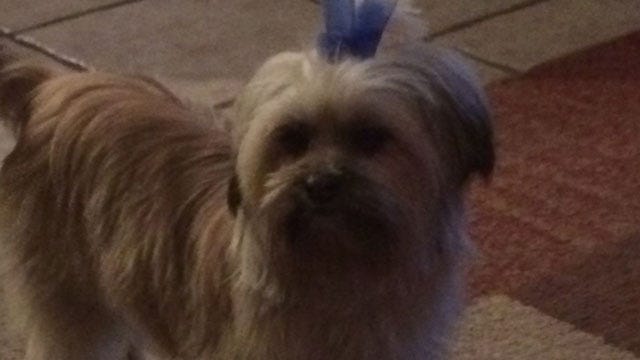 A pair of dog owners in Norman are in shock this weekend after an alleged attack by their neighbor's pit bull. Their dogs were hurt badly, and the dog they say is responsible for the fight, is still in its backyard.

Mary Quickle is still reeling over Friday morning's alleged attack on her dogs.

“It was the most horrific thing I've ever seen in my entire life,” she said. “I will never get those visions and those sounds of those babies crying out of my mind.”

Quickle said her neighbor's dog tore its way through her wood fence.

“It started ripping boards off … pushed me out of the way,” Quickle said.

And that is when it got hold of Maggie, a Jack Russell terrier. When it let go of her, Quickle said it went after another small dog, Lola.

“Her whole body was in her mouth,” Quickle explained.

The whole family tried to fight off the dog and after a 30-minute struggle, it finally let go, according to Quickle. Quickle said she held the dog until authorities showed up and then rushed her pets to the veterinarian hospital.

“Lola was just covered in blood and I had her in my arms,” Quickle said.

Maggie had several wounds and a draining tube, while Lola is still at the hospital.

“Her shoulder, the muscles and the tendons were shredded. The ball joint was damaged and there's a fractured split that goes down her leg.”

The owners of the dog allegedly involved in the attack didn't answer the door on Sunday. And while Norman police confirm they responded to the incident, no one with Animal Welfare could be reached Sunday.

Quickle said the dog owner was given a ticket. And she doesn't think that's enough.

“That dog needs to be put down … the dog is still in the backyard. What are the chances of the dog getting out again?”

Both injured dogs are still recovering, but the one that's at the hospital could get to come home as early as Monday.