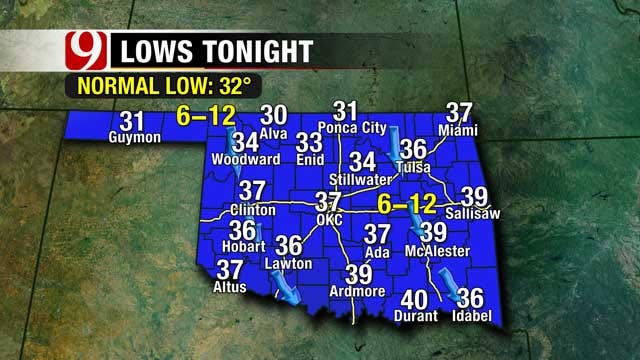 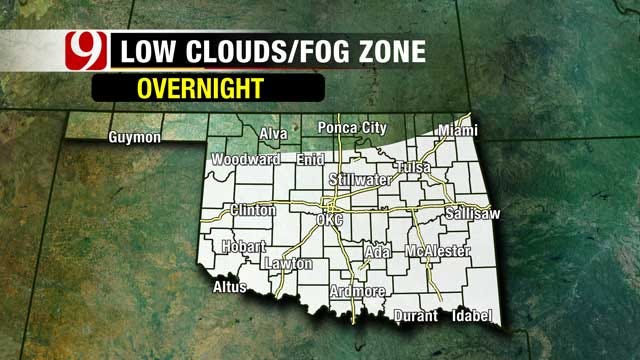 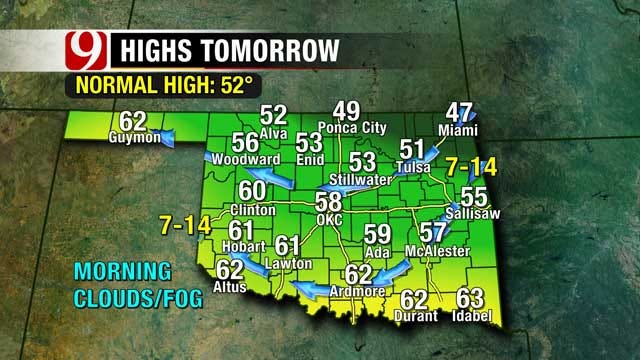 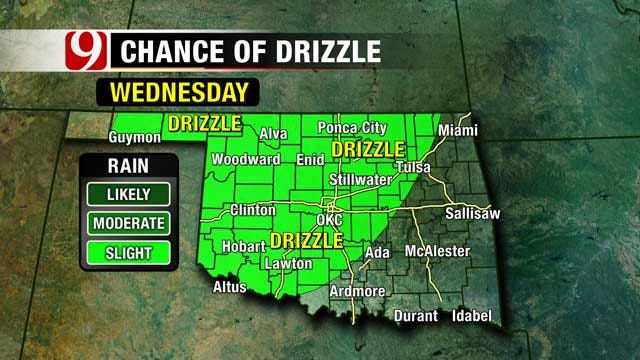 We were able to enjoy the sun for one afternoon, but it looks like clouds will make a return to Oklahoma as the week goes along.

A weak system drops in mid- to late week, bringing back chances for some drizzle and light rain throughout the state Wednesday through Saturday. We don't expect much out of this system. Temperatures will stay steady in the upper 50's and we'll have much more cloud cover than sunshine.

Our next big system shows up late in the weekend into early next week and, right now, brings a good chance of rain Sunday and Monday followed by some of the cold air we haven't seen much of lately.

Stay tuned. We think our weather pattern is out to pick up steam and start changing a lot more as we head into the middle and end of December.