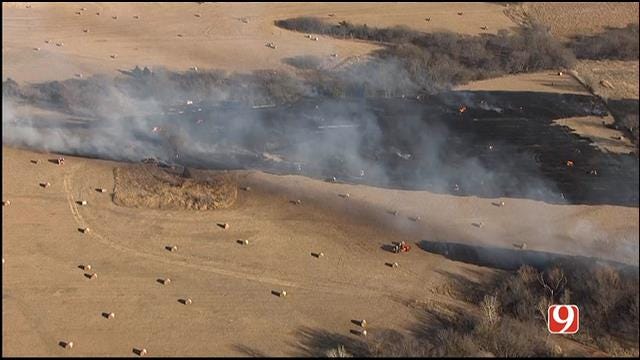 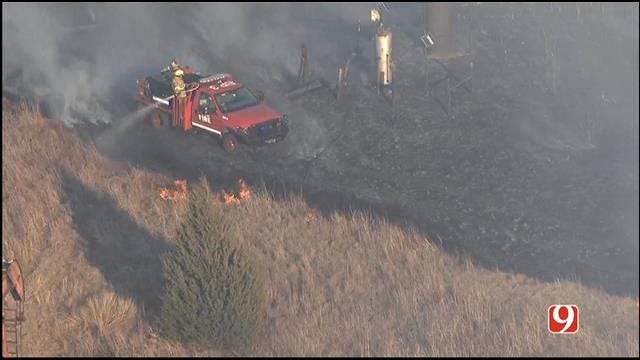 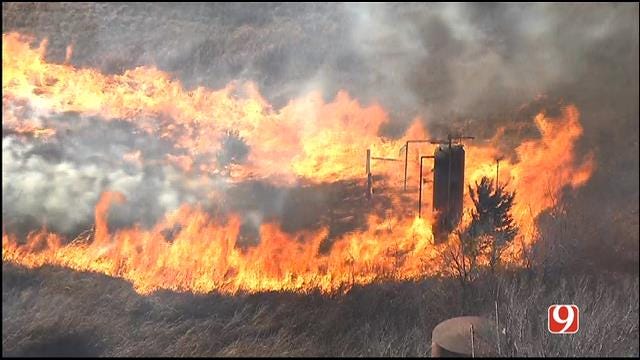 Crews from several communities worked together to douse a couple of grass fires in a rural area, near W. Waterloo Rd. and Meridian Ave., to the northwest of Edmond, Thursday afternoon.

First responders say that the two fires burned in that area and that one scorched several acres of land. Dozens of hay bales were lost in the blaze. However, no homes or structures were threatened.

Firefighters out of Piedmont, Deer Creek, Cashion and Oak Cliff worked to get a handle on the situation.