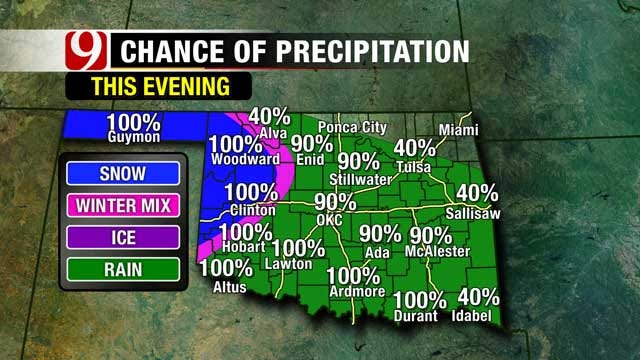 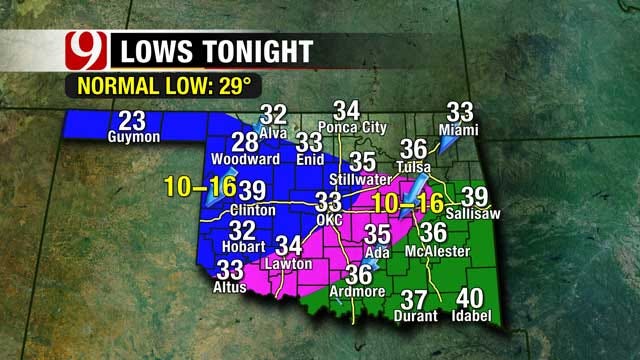 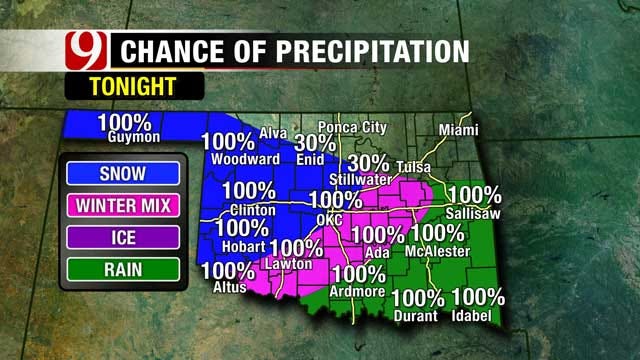 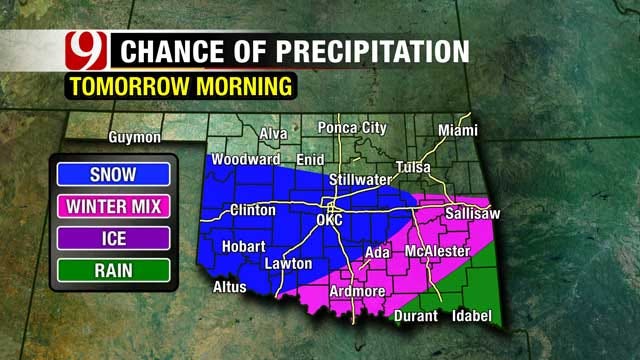 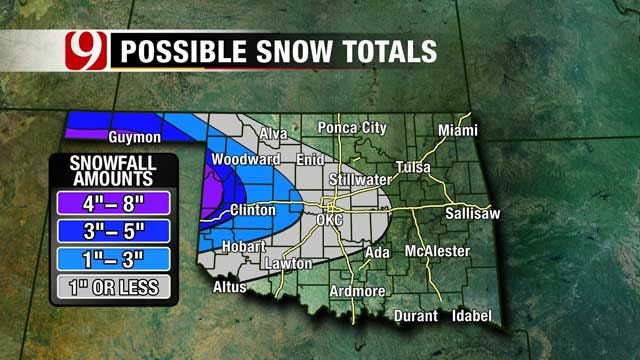 The latest data is indicating central Oklahoma, especially OKC, won't see much impact from this storm, other than some rain mixed with snow with just a little accumulation; nothing more than an inch of snow, if that.

Closer to midnight, the rain will mix with some snow in central Oklahoma as low temperatures fall to just above freezing. The snow will continue in western Oklahoma as roads become more hazardous. Roads will be wet with a few slick spots in OKC overnight.

This system won't waste any time as precipitation will start ending just after sunrise Thursday morning. The morning commute in OKC will be mostly wet with some light precipitation still falling in the form of rain and snow. There will still be a few slick spots around.

By mid to late morning Thursday, the precipitation will be mostly gone except for southern Oklahoma. Roads will likely still be wet in OKC, but again, travel problems shouldn't be too bad. You'll want to still take it slow in the morning.

As far as snow totals, less than an inch in central Oklahoma, including OKC, ramping up as you head into western Oklahoma, where up to 8" locally is possible.

This will be a much bigger winter event for western Oklahoma than OKC.