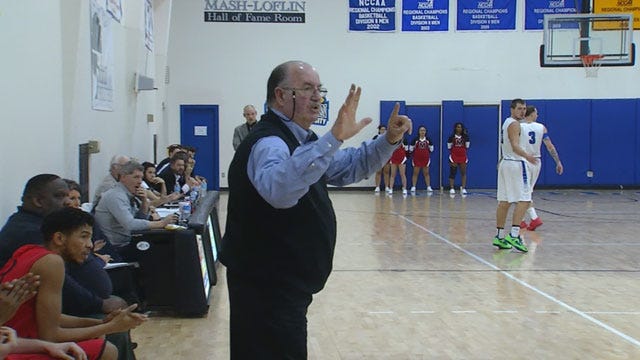 His name was placed on a list that includes the all-time coaching greats like Mike Krzyzewski and Bob Knight.

"It's just another game, I haven't scored a point in any of them," said Holley, who plans to retire at the end of this season.

Part of the coach's philosophy included devotions and prayer before each and every practice.

"I tell every young man we gauge the success of our programs ten years after you get out of here," said Holley.

"There is so much to life than just what athletics can brings," said Holley.

Holley said he's gotten many congratulatory messages from coaches around the country since joining the 800 club.

However, Holley was the first to remind anyone that the players were the reason for his success.

If you have a story to tell, we'd love to hear about it. Just go to our Red Dirt Diaries page and fill out the form.