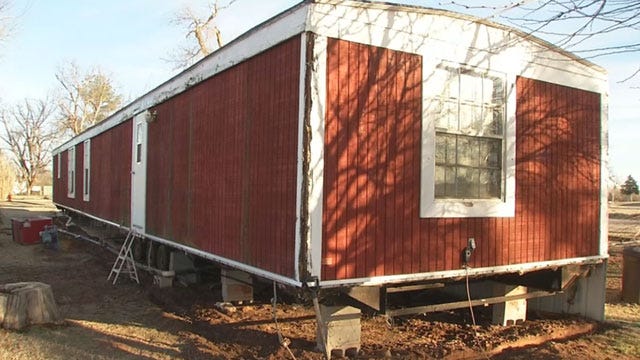 Charlie Helm has lived in a mobile home park next to Chickasha Airport for 25 years. More than a year ago, the city told him and the other mobile home park residents they had to be moved out by the end of 2014. The city said it would pay up to $2,000 in moving expenses for each of the dozen or so mobile home owners.

Helm claimed movers came to move his mobile home Tuesday morning, but because they hadn't been paid, they left without doing anything. “Without the money I'm going to be sitting here in a heck of a mess,” he said Tuesday. “The city has already robbed me of my dignity, my honor, my self-respect. I took care of this place like it was my own.”

Chickasha Mayor Hank Ross told News 9 Tuesday late in the afternoon the city has made arrangements to move Charlie Helm and his mobile home on Friday. “The vast majority of the people at the park took advantage of the offer and moved before May,” he said.

Mayor Ross said the city forced the tenants out, because it would have taken more than $200,000 to bring the mobile home park up to code.