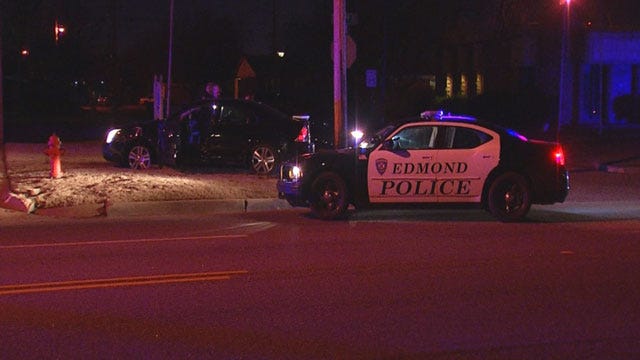 For the second time in two days, Edmond Police were involved in an early morning high-speed chase which led to the arrest of a suspect.

It started in the parking lot of the Avana on Second apartments near Second and Bryant. Ironically, this is across the street from another high-speed chase that happened Wednesday.

Police said the suspect stole a wallet from someone then took off in a black 4-door car. Officers chased the suspect to I-35 and Hefner.

The chase was called off. But then the suspect was spotted on 33rd Street, and the chase picked up again.

Eventually the suspect crashed at N.E. 36th and Lincoln. Officers arrested that suspect and stayed on the scene for a while to process it.

As for the victim at the apartments, we are told that person was not hurt in all of this.

Police have not identified the suspect at this time. News 9 and News9.com will keep you updated.