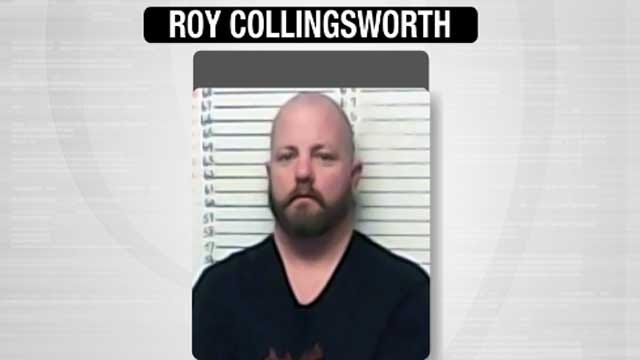 Roy Collingsworth, a former reserve police officer in Comanche, now finds himself on the other side of the law, accused of masterminding a “elaborate” marijuana grow in the town.

Stephens County authorities said they were tipped off to the existence of Collingsworth's alleged operation and rather than go undercover, approached him directly and asked him straightforward questions.

Collingsworth, they said, did not shy away from the interrogation.

According to court records, Collingsworth was surprised when investigators spoke of the drug allegations against him.

"Who me? Are you kidding?" Collingsworth reportedly said. "There is no way!"

Investigators then asked if they could look around his business, Red Hot Liquor, just to be sure.

"He allowed them the opportunity to go through the liquor store and [they] didn't see anything there," said Stephens County District Attorney Jason Hicks, "so they asked if they could search another building."

Hicks said Collingsworth was reluctant, but eventually agreed to an additional search at his business just across the street from Comanche Schools. Investigators said, before they went in, Collingsworth warned them about an "old marijuana grow" in the building.

"At first, it started as if [the marijuana grow] was left behind," Hicks explained, "and then it changed to, 'Well, it's not a very successful grow.'"

Investigators said Collingsworth let them in the building, but made sure to say he "didn't want to go to jail."

District Attorney Hicks said there was no other option, however, based on what they found inside.

Investigators also recovered a number of supplies, including fans to circulate the air, thermostats to regulate the temperature, razor knives to trim the plants, and an entire system for watering and fertilizing the plants.

"It was a pretty elaborate set-up," said Hicks," everything you would need to cultivate marijuana."

Collingsworth was arrested and charged with cultivation. He is out of jail on a $10,000 bond, but refused to talk with News 9. His attorney did not return our calls in time for this report.

The chief of the Comanche Police Department said Collingsworth resigned as a reserve officer just before this incident.

"Some of the information in the news story may have been provided by law enforcement with the request News 9 inform the public of, and/or assist in locating a person in connection with, a police investigation. News 9 can make no independent verification of the accuracy of the information, photographs and/or video provided to it by police or other law enforcement agencies."