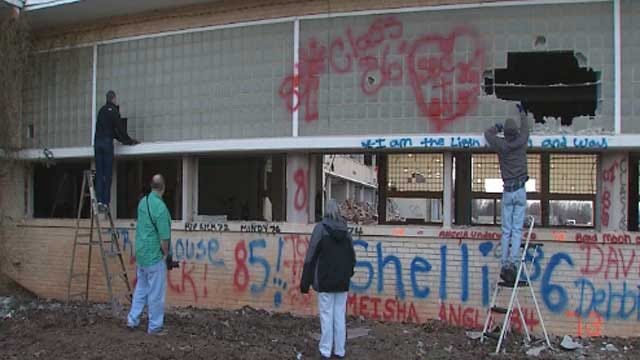 The demolition of the old John Marshall High School is nearly complete.

Construction crews have been stripping and clearing the building that was built in 1948, for the past two weeks.

The school at 9017 University closed and then re-opened on North Portland seven years ago.

John Marshall class of 1964 Danny Scott, was one of several alumni who've been gathering up pieces of history inside and outside of the school for the past week or so.

“It's part of my neighborhood, it's a building I fell in love with, and I have to say goodbye,” Scott said with a choked up voice outside the school Thursday afternoon.

Vallene Cooks was principal of John Marshall during the decade of the 90's. She said the Bears were undefeated state champions in football and basketball during the 1995-96 school year. She thinks that's a feat that's never been duplicated in the state of Oklahoma.