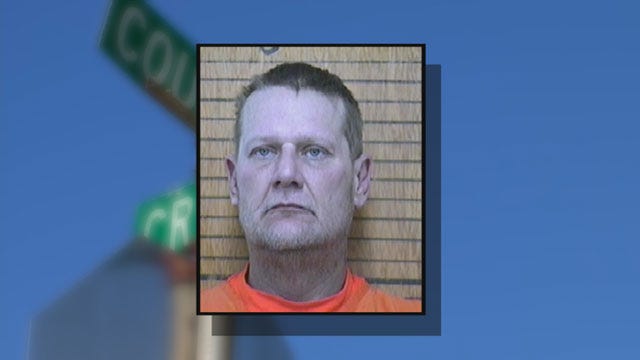 What was first suspected to be a routine traffic stop ended with an arrest of a man connected to a child's death 26 years ago.

In the northeast corner of Grady County, a sheriff's deputy pulled over two men for suspected road rage. But when he ran their names, he discovered one was on the run from another county.

Just out on regular patrol is when Grady County Sheriff Jim Weir said Deputy Ryan Lake spotted two cars, maneuvering out of the ordinary for a typical Tuesday afternoon drive.

"Looked like they were aggravated at each other either by the way they were driving or when they went by him he saw something that indicated something was out of place," said Weir.

So, Lake pulled over both people for reckless driving and possible road rage. One of the drivers, 51-year old Walter Voyle Hickey, was wanted in Wagoner County to finish out his sentence for the 1989 death of his girlfriend's 11-month old son.

Published reports state the boy died of "traumatic head injuries" "comparable to what you would get falling from a five-story building."

Hickey pleaded guilty to first-degree manslaughter in 1990 and was sentenced to 25 years in prison. But he was released early in 2003 and was put on probation, only to be arrested again in 2009. This time in Grady County charged with domestic abuse, a clear violation of his probation.

So last June, a warrant was issued in Wagoner County for Hickey's arrest. Now he's a prime example in the eyes of the sheriff, who said typical traffic stops aren't always typical.

"Everybody thinks we do it to write tickets. That's just part of the job we have to do. Most of the time the officer's main goal is to catch that really bad guy," said Weir.

After being booked at the Grady County jail, Hickey was taken back to Wagoner County where he remains.

The other driver involved with the traffic stop was cleared and let off with a warning.