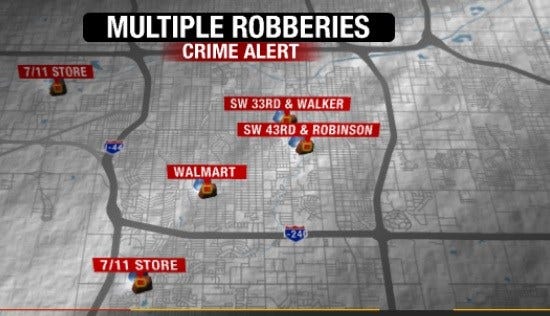 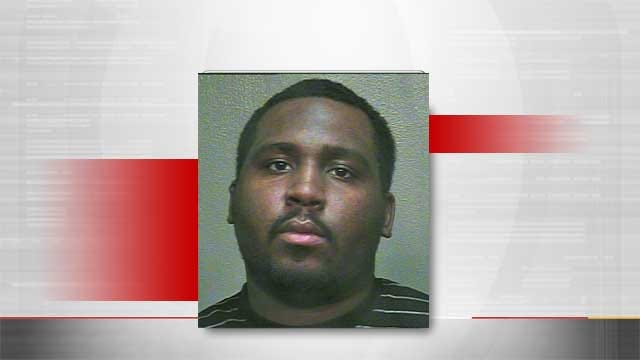 A large police perimeter was set up near S.W. 59th and Agnew, as police searched for one serial robbery suspect that was on the run. That's the same area where one suspect, 22-year-old Lamont Taylor Jr, had already been taken into custody.

Police said the men are accused in robberies in five separate locations early Friday morning. The first robbery happened at about 2:30 a.m.

The manhunt for the second suspect had been called off after police said they were unable to locate the suspect.

These are the locations where the robberies happened:

According to police, at least three people who were robbed Friday morning were injured by these suspects. In one of the 7-Eleven robberies, a woman was filling up her gas tank when police said the suspects tried to steal her purse from the car, but it was locked.

Before the suspects took off, police said they assaulted the woman.

Police told News 9 that after resuming the search Friday afternoon, the second suspect 16-year-old Taylor Yahola was caught. Yahola was hiding out at a relative's house.

No weapons were used in the robberies.