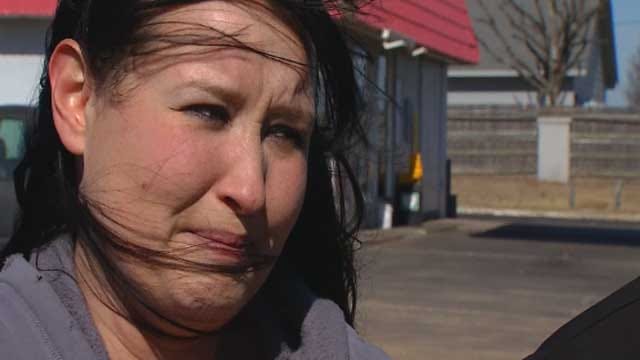 A 25-year-old woman is clinging to life after being hit by a car.

Police said the driver slowed down but never stopped.

Now, investigators are actively looking for that driver who left the scene of the accident.

Petry has been unconscious since the car struck her on Harrison Avenue near I-40 in Shawnee, Saturday evening.

"My biggest fear is that she is not going to make it," Krause said," how can anybody just hit somebody and just leave them laying there, how do you do that? "

Investigators are trying to figure that out.

"They said they hit her and then the brake lights came on. It looked like they were going to stop and pull over to the side. Then, they sat there for a second and turned the corner and never saw them again ," Crouch said.

Crouch is now reviewing surveillance video from the area to get a better look at the driver but he encourages that person to come forward on their own.

Krause said she will also be searching for answers at the scene and asking the driver to do the right thing.