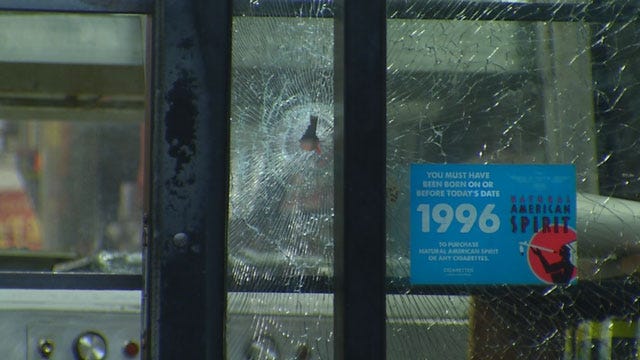 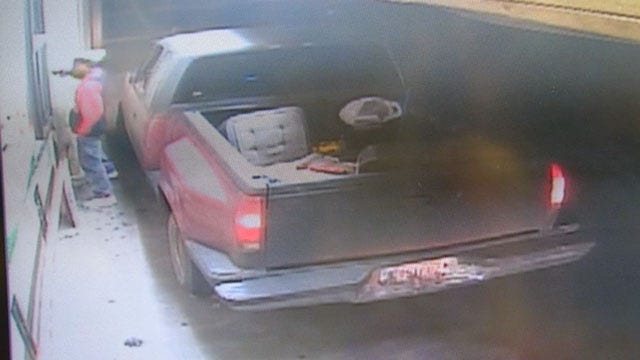 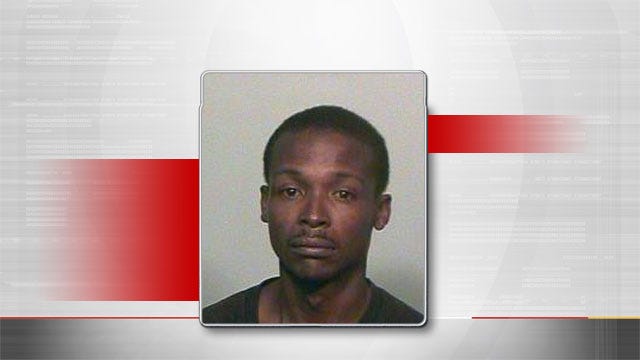 UPDATE - Just before 4:30 p.m. Oklahoma City police told News 9 they had made an arrest for this shooting. The suspect, identified as 41-year-old Ronald Hastings, was picked up in a rural area near Jones.

Oklahoma City police are looking for a man who fired a shot through a drive thru window Wednesday night.

It happened at the Okie Food Mart near Western Ave. and Hefner Rd.

Surveillance cameras were rolling both inside and outside the store and they got a good look at the suspect and the truck he was driving, which is described as a red or maroon extended cab step-side pickup truck with a black roof and black tailgate.

The video of what happened is hard to watch. Outside, you can see the suspect bends down to pick up his cash that had fallen to the ground. He then pulls out his gun and fires. Inside, the clerk, his wife and 3-year-old daughter duck for cover as glass goes flying.

“She was just bleeding. She was just crying,” said M. Ali, the little girl's father. He is also the owner of the store.

It's tough for Ali to relive that moment. His regular customers know him as M. Ali. But he says this drive thru customer who came by Wednesday night was no one he had ever seen.

“And he was completely drunk,” said Ali. “I can tell from his body language. And he was talking bad.”

Ali said the guy asked for some cigarettes and then started getting very belligerent.

“I don't know, he got pissed off without any reason,” said Ali. “And he just start cussing me.”

That's when Ali said he refused to serve him. He said he gave the guy his money back and shut the drive through window. That triggered what happened next.

“There was shattered glass that hit my daughter on the nose and on the face,” said Ali.

In the surveillance video, you can see Ali grabs his bat and takes off running, as his wife consoles their daughter.

“I just saw her, she was just bleeding,” said Ali. “So I just ran out to see the license plate, but he was already gone.”

Now, Ali hopes the surveillance video will help identify the coward who took a shot at him and his family and shattered his little girl's sense of security.

“It's a bad impact on her,” Ali said. “She's been saying again and again that guy was mean.”