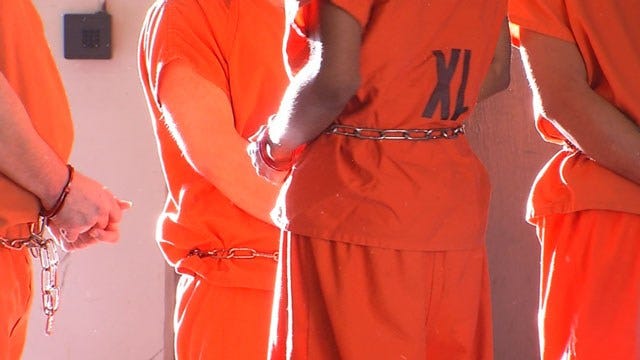 Sheriffs across the state said they are fighting the Department of Corrections.

They said they want to stop a pair of bills in the state legislature from moving forward.

The bills would delay when the DOC begins paying counties for housing a state inmate.

Oklahoma County Sheriff John Whetsel called the removal of inmates from county jails unconstitutional. He said it would cost sheriffs across the state hundreds of thousands of dollars.

“What we saw was without any notice, the Department of Corrections come in to every sheriff's office in the state of Oklahoma and began yanking prisoners,” said Whetsel.

That was last year, and Sheriff Whetsel said that has cost Oklahoma County $3 million, hitting his county harder than any other.

Department of Corrections Director Robert Patton started removing inmates from county jails shortly after he started a year ago.

“What it's doing is diverting the cost unconstitutionally from the state to counties,” said Whetsel.

Sheriff Whetsel said new legislation has the potential to leave some counties bankrupt.

“We have literally hundreds of county jail beds that are available for these state inmates so they don't have to be released to the street, and yet they don't use us,” said Whetsel. “It's perplexing.”

Patton has told News 9 that a move like this could save his department up to $17 million dollars.

But Sheriff Whetsel said with thousands and in his case millions diverted away from county jails, the financial shortfall would have to be filled by taxpayers.

“And under the Constitution, we can't pay those bills,” said Whetsel.

News 9 reached out to the DOC and were told, "We do not comment on pending legislation."

The sheriff was hopeful this issue will be resolved. There was a meeting set for Monday afternoon with the Speaker of the House.

Both sides said they will meet to try to come up with a resolution.