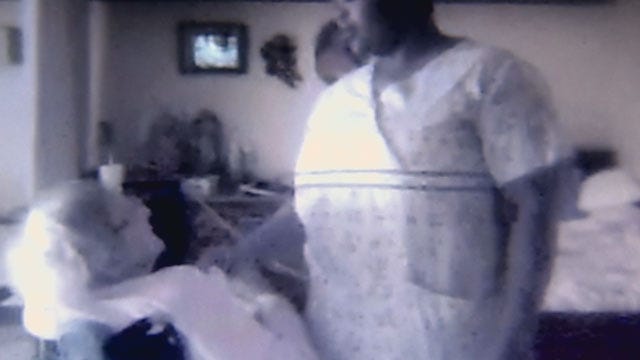 A woman was abused and mistreated in her nursing home, and it was all caught on hidden camera. A family sought justice and sued the nursing home where their mother lived. Friday night that justice came in the form of a million dollar payout.

Not only did the family just win a lawsuit, they also helped pass a law allowing cameras inside nursing home rooms.

It's been a long few years for the Doris, Earlene and Sandra, a hard fought battle they just won.

“All in the memory of our mother,” Doris Racher said. “All of us fought hard and are just happy that now we can relax a little bit, and mother's probably smiling.”

But they haven't always been smiling, especially after they decided to put their 96-year-old mother Eryetha Mayberry in the Quail Creek Nursing home. When they suspected abuse, they hid a camera inside her room and the gut wrenching evidence eventually brought them to a federal courtroom after filing a civil lawsuit against the place.

The video showed the nursing home staff shoving rubber gloves into Mayberry's mouth and aide hitting her in the head.

“If you're in one you need a camera in the room and that way you've got the evidence,” Racher said.

Attorneys for the nursing home claim the facility is only worth about $2.8 million and the more than $1.2 million that was awarded to Mayberry's family is too much.

“The nursing home has abuse policies that are stronger than the laws of Oklahoma, and it has done its best to enforce those policies to the best of its ability,” attorney Jimmy Goodman said. “It is extremely sorry for the fact that abuse did occur to Ms. Mayberry. Based upon the evidence that we saw was presented we believe that the jury misapplied the law and granted an excessive award of damages.”

“I'm so glad and grateful for the outcome, because we told the truth, and the truth always prevails,” Racher said.

If necessary, attorneys for the nursing home said they will appeal to the tenth circuit.