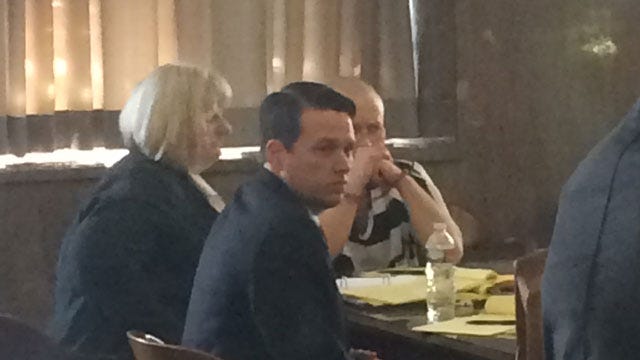 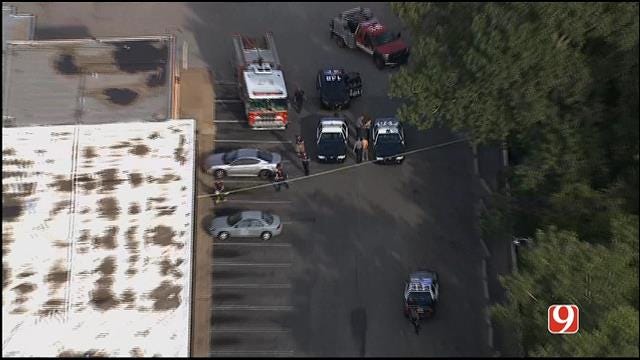 Prosecutors presented their case against the alleged gunman in a deadly shootout at an Oklahoma City motel.

Shane Rhea is accused of killing a hostage and shooting two police officers at the Plaza Inn along I-35 in October 2014.

Rhea appeared to be choked up after hearing testimony from three Oklahoma City Police officers who were first called out to the scene for a possible kidnapping.

Oklahoma City Police Sgt. Cody Koelsch gave a tearful account of the chaos that ensued when he and his partners knocked on the door of a motel room. During the questioning, Rhea allegedly pulled out a gun and shot Koelsch and Officer Grant Brooks.

Koelsch testified that Rhea then grabbed a hostage, Samantha Monden, and used her as a human shield in an attempt to flee the scene.

"I remember a look of terror on her face," he said.

Prosecutors also presented surveillance video from the motel showing an officer taking cover behind a car after getting shot.

Officer Clint Music also testified to firing 12 rounds into the motel room after Rhea opened fire. Music was not injured.

Randell Williams was also allegedly shot by Rhea during the incident and is now paralyzed. He said it was difficult to testify because he had to go through all of it again. Still, he told the court he was in disbelief when Rhea pulled out a gun because he "couldn't imagine anyone having the mentality to start shooting at officers."

Williams said everyone in the hotel room was shocked he shot officers, and upset to hear Rhea was also accused of killing Monden in the middle of I-35 during his attempt to flee from the scene.

Officers shot Rhea and took him into custody.

Rhea is now charged with murder, shooting with intent to kill, assault and battery with a deadly weapon, and pointing a firearm and kidnapping.

UPDATE: Judge Larry Jones bound Shane Rhea over for trial on 8 of the 9 charges against him. The state dismissed one of the pointing a firearm counts against him. He will be back in court at 1:30 p.m. on March 23 for formal arraignment.