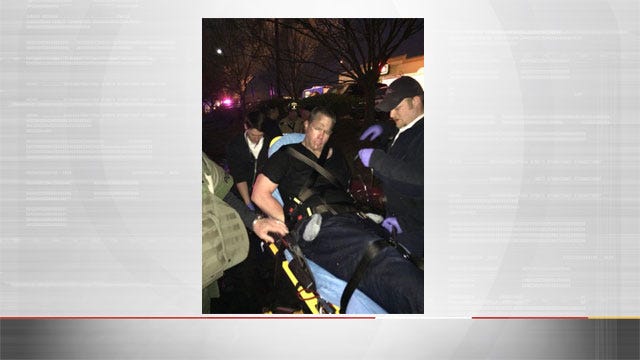 A convicted con man wanted for a string of burglaries was taken into custody after a nearly 10-hour police standoff in an Oklahoma City hotel room.

Friday morning police converged on Yeaman's second-floor hotel room, after getting a tip. Police said Yeaman had installed web cameras all over the exterior of the hotel to track police movements.

Just after 3 p.m., police said Yeaman set fire to a bed mattress in his room. That fire and all the sprinklers it set off did a lot damage all over the hotel, police said. “We were finally able to use a robot to ram the door,” Balderrama said.

He said police found Yeaman lying on the floor of his room, wet and freezing. Yeaman has a rap sheet in Oklahoma dating back to 1999. He also served 15 years in a California prison for as many as three-dozen burglaries, according to police.