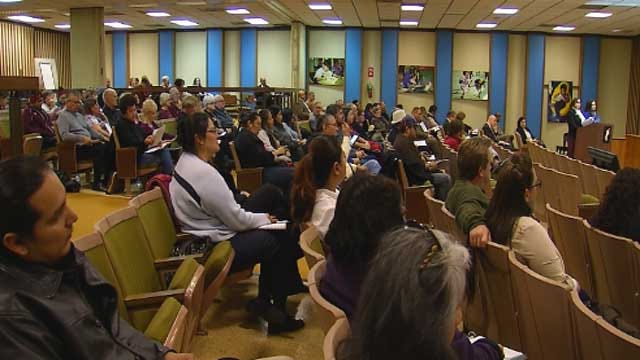 But once their list of four mascots is approved by the OKPS's superintendent and board members, it'll be up to the students to decide.

In December, board members unanimously decided to rename Capitol Hill High School's mascot. The school's Redskin's mascot, named almost 90 years ago, is now seen as offensive by some.

A group consisting of teachers, students, and alumni are now working on a new name.

Despite some backlash from students and alumni, faculty representative Curtis Phillips said the name change isn't all that bad.

“We've been very restrictive to what we can put on t-shirts for fear of offending someone,” said facility representative Curtis Phillips.

“Our students don't want the mascot that we chose now to be offensive 80 years from now. So they were really looking ahead and wanting to choose something nobody could find offensive in any way,” said Phillips.

“There is a small group that wants to go back to the redskins. You know we try and explain to them that that ship has sailed. We need to look forward. But they are holding on,” he said.

However, many of the items around school with the current mascot or name on them will be auctioned off to raise money to purchase items with the new mascot on it.

At this time, the committee has not determined which items will be auctioned.

By the end of the school year a new mascot will be named, voted on by the students. The new design will be in place by the start of next school year.