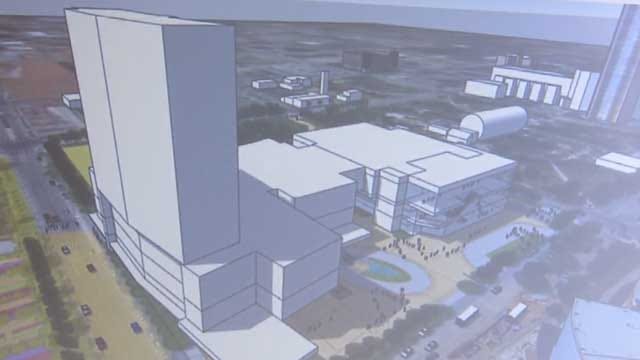 City officials announced a big setback for Oklahoma City's planned convention center. It's going to have to be moved before the city's even broken ground on the project.

“This is turning into a situation where we're not going to be able to afford to build a convention center on that site,” Oklahoma City Mayor Mick Cornett said.

A parking lot and former auto dealership, south of the Myriad Gardens and west of the arena was deemed the ideal location for the convention center. The City budgeted $13 million for the property, but the owners presented documents putting its value at nearly eight times that; more than $100 million for the 12 acres.

“We could just see it wasn't going to work, you know, at the end of the day,” Mayor Cornett told News 9

So it's back to square one. The mayor said the Council and MAPS Board will consider the area on the south side of the Chesapeake Arena. There's been some talk about tearing down the current convention center and rebuilding, but that would take us out of the convention business for maybe three or four years.

They'll also consider the area on the east end of Bricktown. But the problem is, the price of land in downtown Oklahoma City is escalating and that is a mixed blessing.

“Well, every dollar we save on land is a dollar we can put into the project to make it bigger and better,” he said.