Despite Protests, Seattle To Send Two Elephants To OKC Zoo 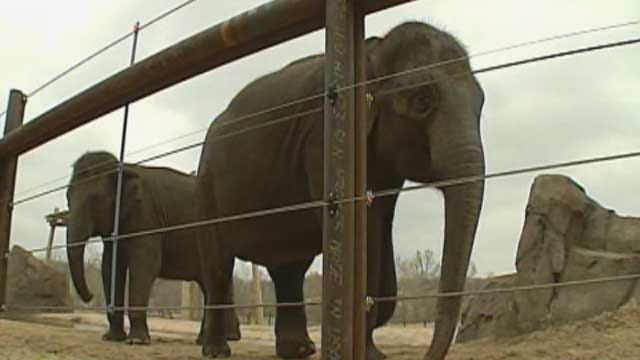 The winter weather is one of a number of reasons some folks in Seattle said their zoo should not send two elephants to Oklahoma City.

Chai and Bamboo are the only two elephants left at the Woodland Park Zoo. But they need warmer weather and more space, so they will be coming to Oklahoma City. That's despite protests from groups who believe the animals should be sent to a sanctuary.

On Wednesday, even animal right's activist and former Price as Right host Bob Barker said the elephants should not "come on down" to Oklahoma City.

“It's too cold for them there,” said Barker. “You're right there where all the tornadoes end up apparently and I'm told there's an amphitheater right there near where the elephants would be and of course rock music is not something elephants enjoy.”

“We've done lots of studies looking into that and we have decibel level restrictions on those concerts and it doesn't seem to effect the animals from what we've found,” said Dr. Jennifer D 'Agostino the Director of Veterinary Services for the Oklahoma City Zoo when asked about Barker's remarks.

But D'Agonstino said the huge new elephant habitat at the Oklahoma City Zoo has a lot to offer Chai and Bamboo, including a multi-generational herd that includes young elephants.

“That's the type of situation they're normally supposed to be in in the wild so we're actually really excited because it's going to expand our heard to a more normal social grouping as well.”

The two elephants are expected to arrive here sometime between the end of March and the end of April.

Despite Protests, Seattle To Send Two Elephants To OKC Zoo