Human Trafficking Victim On Mission To Save Others 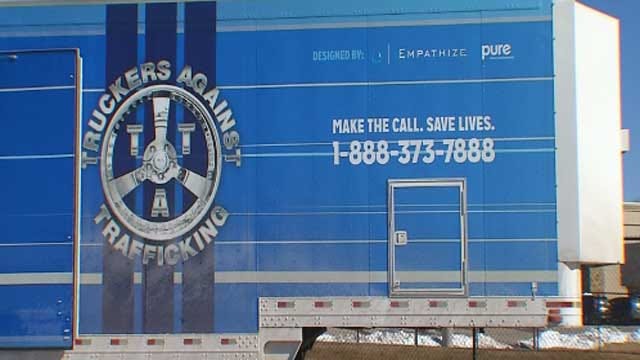 A human trafficking survivor is sharing her story with truck drivers and law enforcement agencies all across America.

Beth Jacobs said she was led away from a Minneapolis pool hall 35 years ago when she was 16 years old.

Jacobs said the two men who took her, told her they were going to take care of her. Instead, she said they forced her into six years of prostitution, physical and mental abuse.

Jacobs now works with a national organization called “Truckers Against Trafficking.” They work with hundreds of trucking companies all over the United States.

Thursday, they met with more than a 100 employees at Love's Travel Stop headquarters in Oklahoma City.

The organization was scheduled to meet with Oklahoma trucking officials and members of the Oklahoma Bureau of Narcotics Thursday, but that meeting was canceled because of Wednesday's snow.

Love's invited Beth Jacobs and “Truckers Against Trafficking's” mobile exhibit over to the Love's headquarters anyway. They had already driven to Oklahoma City from Denver, Colorado.

Jacobs said the horrible memories of three decades still burn like it was yesterday. “Right away when they got me they beat me up, they took all my clothes, they took my purse, they took my glasses so I couldn't even see,” she said from Love's headquarters Thursday.

Ironically, the non-profit “Truckers Against Trafficking” was founded six years ago by a woman in Claremore, OK.

Human Trafficking Victim On Mission To Save Others