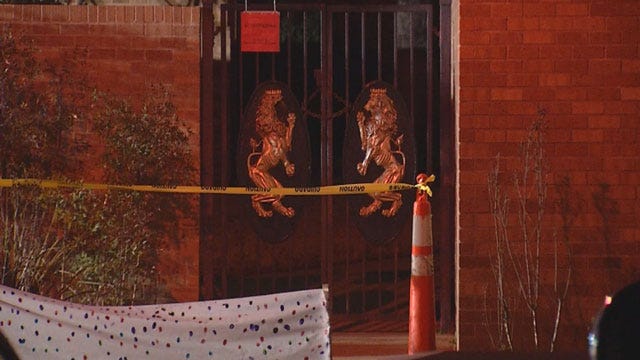 The house closed at midnight following a video showing some members chanting racial slurs. All SAE members are now out of the house and the University has quickly put up caution tape around the building, preventing anyone from coming on the property.

"No Trespassing" signs are up on gates leading into the property and university vehicles are now in the house's parking lot. A few lights remain on inside the frat house, but inside, any furniture left behind by the members will be removed.

The university has also put on new locks on all the doors of the frat house. We've learned some of the members are living at home with their parents.

Tuesday night, hundreds of students gathered to protest the fraternity and both videos. Protesters said the group started small, but grew as they walked the street gathering close to 200 plus supporters.

Students said the videos leaked of SAE members do not represent the entire student body. One student told News 9 that they are not all bigots.

Protesters have also been gathering outside the Dallas home of Parker Rice, one of the SAE members involved in leading the racist chant caught on camera.

3/10/2015 Related Story: Parker Rice Apology: 'Yes, The Song Was Taught To Us, But That Too Doesn't Work As An Explanation'