OKC City Website Hacked For Second Day In A Row 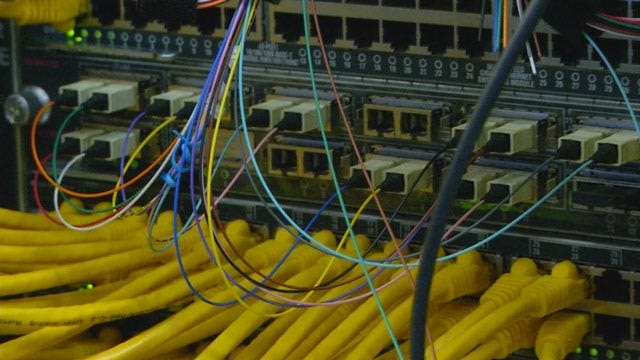 Oklahoma City's city website was down for the second day in a row. The city's IT Department believes they now have the issue resolved.

The technical term for the attack is distributed denial of service, which in simpler terms means the hackers overloaded the city's web page with bandwidth, making it unavailable to its intended users.

“We were working it this morning starting about 6 am and about 9 o'clock we had intermittent, the site back up. And then fully back up at 11,” said Oklahoma City IT Director Schad Meldrum.

Meldurm said the problem wasn't that the city's web site was down, just overloaded with bandwidth.

“The web site was up but it was having to respond too many requests at once. Most of them illegitimate requests,” he said.

These attacks are hitting cities across the nation from Columbia, Missouri to Atlanta. Meldrum says on Monday the city of Moore saw the same attack on its web site before the group hit Oklahoma City's.

And ironically just last week Meldrum asked for part of next year's budget to include amped up security on the site.

“We actually knew it was just a matter of time. And you know didn't expect it a week after we started submitting our budget but we knew this could potentially happen,” said Meldrum.

Over the past two days the hack knocked off the city's web site for close to 7 hours in total in addition to the intermittent service.

“It's not easy to fix. Like I said since this is external to our network it's something we can't do internally to fix,” he said.

The city hired an outside company to help resolve the issue.

The biggest concern citizens had about the attack was the possibility of their personal information being compromised. The city says the hackers never hit their sever so you're information is safe.

OKC City Website Hacked For Second Day In A Row