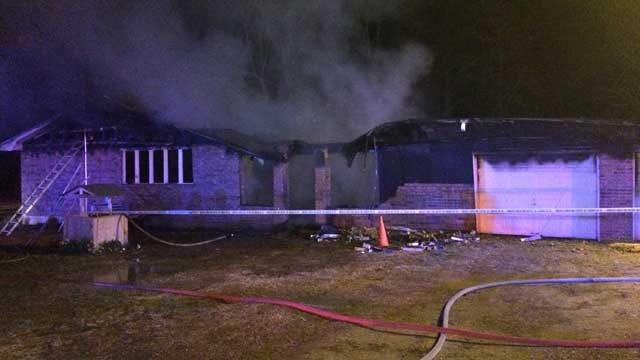 A woman in southeast Oklahoma City, is now looking for a new place to live after a fire destroyed her home.

According to the fire department, the woman called 911 after her dog woke her up around 3 a.m. Thursday. Both were able escape the burning home without injuries.

The woman's house however has about $100,000 damage. Even the roof collapsed.

Fire investigators believe the fire could have started in the utility room, but do not know why it started.

Because there are no hydrants in this neighborhood, fire crews had to truck in water.