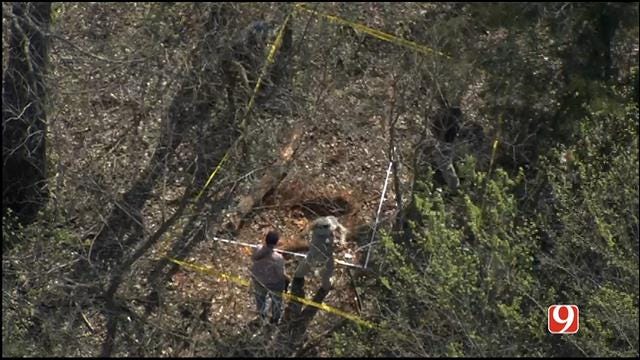 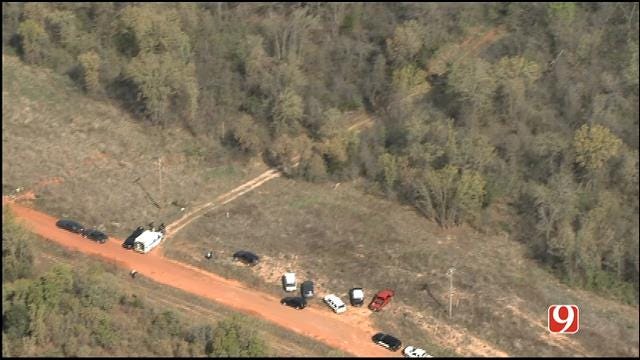 Investigators have been digging for remains in a rural area just southwest of the town of Wellston, Okla. on Thursday.

Authorities tell News 9 the site of the digging is located near the crossing of county roads 3310 and 960.

Lincoln Sheriff Charlie Dougherty says a landowner stumbled across what was believed to be a human skull on Easter morning. The Medical Examiner confirmed the discovery and authorities are back out searching the heavily wooded area for the rest of the human remains.

Dougherty told News 9 it's unclear at this time how long the skull has been here. He says it is possibly the remains of a white male.

Stay with News 9 and News9.com for more information.