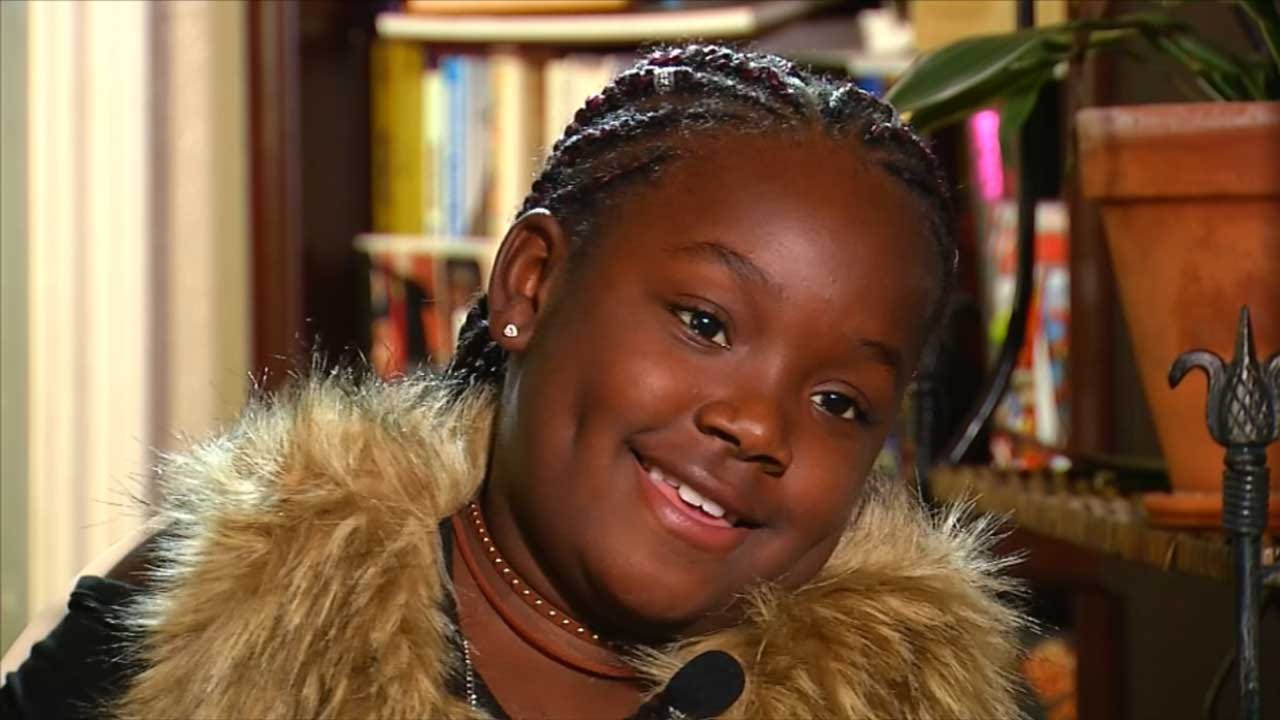 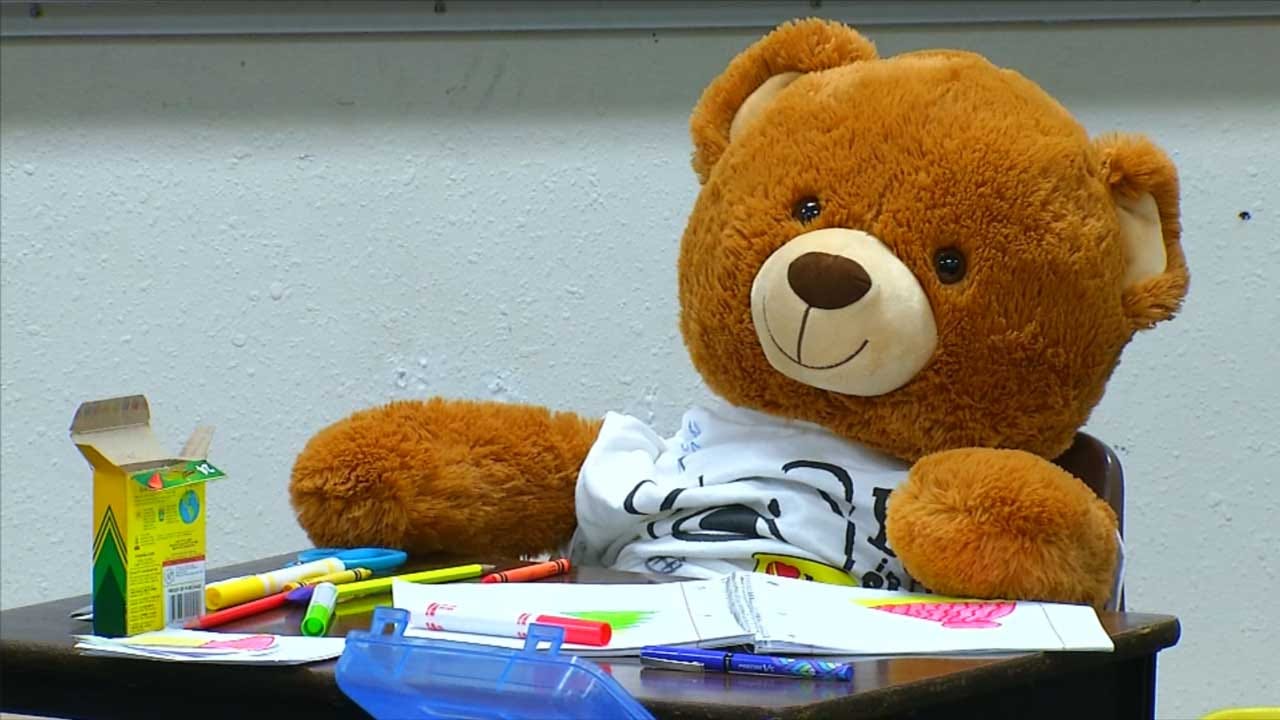 When a child suffers a long-term illness, it can leave them homebound or stuck in the hospital. The experience isolates them from their school and friends. However, one company in Oklahoma started a program designed to keep these kids connected to the outside world.

At Houchin Elementary School in Moore, Aamya, an unassuming teddy bear, sits at a desk in one of the fourth grade classrooms. But Aamya is just a sit in for the real Aamya who, on this day, is stuck at Children's Hospital in Oklahoma City.

"No one wants to see their child suffer at all and feel helpless at the point because there is no cure," said Achton Pennon, Aamya's mother.

Aamya, 9, was born with sickle cell anemia and needs a blood transfusion every two to four weeks.

"She has her highs and lows with it," said Pennon. "We pray for more highs than lows. Last year was a lot of lows, lots, lots of lows."

Those lows kept her from her class nearly 40 days last year.

"She felt really inferior, she felt like she didn't have any friends," said Pennon.

Until the Bear in the Chair program put her back in her classroom.

The bear did that and more, thanks to Love's Travel Stops & Country Stores and the OU Children's Hospital Foundation. They  started the program to keep kids connected while they're getting well.

"Their lives are already turned upside down and we want to minimize the impact as much as possible," said Donna Lewis, the Schools Program Coordinator at Children's Hospital.

Lewis works to keep patients up to date on their school work while the bear helps them socially.

"The biggest thing I see is the morale," said Lewis. "They're excited to get the text from their teachers."

Those texts include pictures of the bear in their chair, literally, and doing all the things they would be doing if they were actually there.

"The research shows the more engaged they can stay with peers the better the outcome even on the medical side," said Lewis.

For Jack Beaver, his better outcome was a quicker recovery.

"Everywhere he wasn't, that bear was there in his place," said John Beaver, Jack's Father.

Jack has cerebral palsy and underwent surgery to straighten his spine. He made such great progress he returned to school two weeks early.

"He has a little bear that he kept with him in the hospital and through rehab," said Beaver. "So we put that with him and get him pictures of the classroom. One day they sent handwritten cards that they made for him. So we put all that out with him, he played with them and the bear. It definitely helped raise his spirits."

For Jack's classmates at Heartland Middle School in Edmond, they always felt his presence.

"We had students that called the bear Jack and we had students push the bear everywhere we went," said Bill LeBlanc, Jack's teacher. "It was a daily reminder to focus their prayers and love towards him."

While they are getting well, the patients keep a smaller bear with them.

"The bear makes me feel better," said Aamya. "I feel like this tiny bear has all my friends in it."

"I think long term we're going to see a lot less anxiety when our students are going back to school," said Lewis.

Knowing the bear was just keeping their seat warm.

"It was like he was here the whole time," said LeBlanc. "He wasn't missed, he was here."