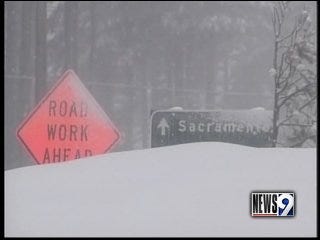 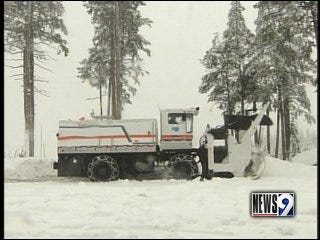 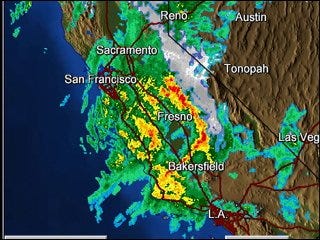 A fierce arctic storm is barreling into the California coast.

The northern half of the state has been hit with strong rain, heavy snow and 85-mile-per-hour winds, according to the National Weather Service.

The storm started in the region. Power outages, downed trees and damaged electrical lines have been reported in the Sacramento area.

Hundreds of thousands of residents in Northern California are without power.

There have been outages from the Bay Area to the Central Valley. A utility official says heavy rains and strong winds are making it hard to restore electricity.

Meanwhile, authorities are warning truckers in the Sierra Nevada to hunker down because of blizzard-like conditions in mountain passes there.

Some ski resorts are taking precautions and shutting down. The general manager of a lodge in Soda Springs says the resort is "plowing and grooming" to keep from being buried in.

Meanwhile, Sacramento International Airport says it's still open, but no planes are landing or taking off because of high winds.

A blizzard warning for the mountains ahd Lake Tahoe region remain in effect until tomorrow morning. Chains or snow tires are required on all vehicles in mountain passes. Forecasters say several feet of snow is expected, along with winds gusting to 150 miles an hour and zero visibility.

Meanwhile, Southern California is bracing for the storm. It's expected to gain strength off the coast and strike the region by mid-afternoon. Officials are suggesting that people stay at home for the weekend.

Elsewhere, forecasters expect the East to thaw out after a freezing day across the region. Some farmers in Florida are waiting to see what kind of damage the freeze did to their crops.

A trio of storms is expected throughout the state through the weekend. Forecasters say the mountains could get 10 feet of snow by the time the storms end.