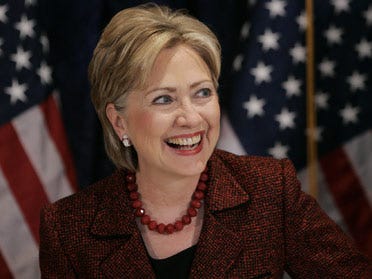 WASHINGTON (AP) - Hillary Rodham Clinton says she's waiting to see what proposal Democratic leaders in Florida and Michigan put forward so that their delegates can be counted.

At a news conference in Washington, Clinton told reporters that she's still committed to seating their delegations at the Democratic National Convention.

Clinton says it would be a "grave disservice" to Florida and Michigan voters to adopt any process that would disenfranchise anyone.

She says it would be especially unfair to punish the nearly 2 million Floridians who voted in the Democratic primary. She says that's because the contest's date was moved up by the Republican-controlled state Legislature and the state's Republican governor.

Democratic National Committee Chairman Howard Dean is suggesting the states hold do-over primaries, but they'd have to pay for them without national party funds.