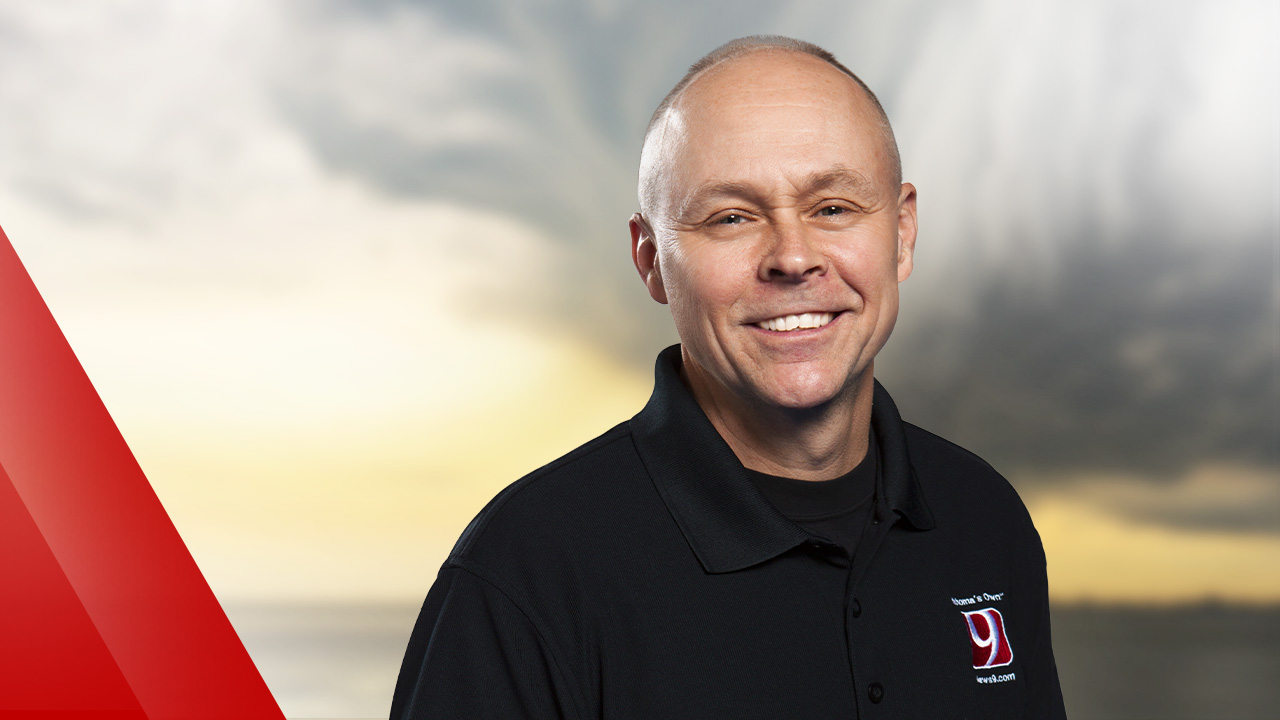 Val Castor is NEWS 9's senior StormTracker. He joined NEWS 9 in the spring of 1991 and was the first StormTracker hired by the station. He has chased storms for NEWS 9 for the past 30 years, and as you might expect, has seen some of the most extreme weather imaginable.

Near Purcell in 1992, a rain-wrapped F-2 tornado passed within 100 yards of his vehicle while tree limbs and other debris were passing overhead at an estimated 100 mph. Val has had lightning strike as close as 20 feet, and has seen hail larger than softballs, which smashed car windshields and bouncing eight feet off the ground. On May 3, 1999, for over two hours, Val and his wife Amy tracked and reported on the F-5 tornado that devastated parts of central Oklahoma.

Val and Amy Castor have been featured on numerous television and radio productions both nationally and internationally, including the Discovery Channel, The Learning Channel, History Channel, Weather Channel, National Geographic, CNN, CBS, BBC and others.

Val is a native Oklahoman. He was born in Ardmore and raised in Tulsa where he graduated from Nathan Hale High School. He holds a bachelor's degree in meteorology from the University of Oklahoma and a B.A. in geography from Oklahoma State University. He resides in Stillwater and attends Eagle Heights Baptist Church where he is actively involved. He owns and operates Castor Weather, Inc., a weather consulting service that provides forecasts and weather information to a variety of clients. When he is not out chasing storms, he spends time with his family: wife Amy and six children Grace, Annie, Emma, Jack, Mary and Jesse. He also enjoys playing golf, weight lifting, water sports, snow skiing, and of course storm chasing.