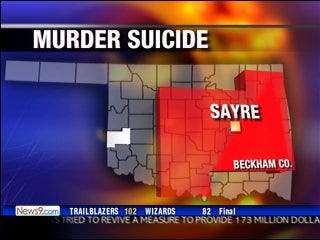 Sayre police believe Elzie Beam shot his wife, Sharon, and her cousin, Rita Bailey. They think he then shot and killed himself.

Officers found the three in their home Monday night. Police are still trying to determine a motive.