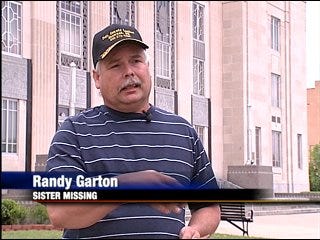 It's been 25 years since family members of 20-year-old Paul Jones found his body in his Earlsboro home. His 19-year-old bride, Melody Jones, seemingly vanished without a trace, but family members remained hopeful.

When remains were found in the same town, the family's hope lasted just long enough to find they were not those of their missing loved one.

Randy Garton, Melody Jones' brother, was the last person to see her the night she disappeared. He said he dropped her off after a fishing trip and remembered a man standing at the doorway when Melody got home that night.

"I thought it was her husband, which it could have been, open the door," Garton said. "It was dark, and she got out and went on in."

What happened after the young woman went inside is still a mystery.

The next morning, Melody Jones' mom found Paul Jones stabbed to death in the couple's home, but no sign of his wife.

Jessica Brown of the Oklahoma State Bureau of Investigation said there was little evidence left behind.

"Her glasses are still there in the bedroom," Brown said. "The family's cars were outside."

OSBI said they have no reason to believe that Melody Jones was involved in the killing of her husband.

After the 25 years of unanswered questions, Melody Jones' family just wants to give her a proper resting place.

Anyone with information is encouraged to call OSBI or the Pottawatamie County Sheriff's department.