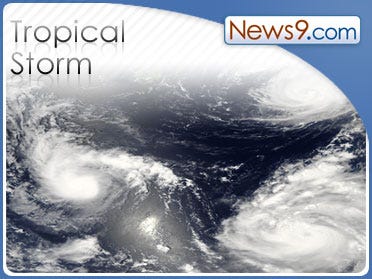 NEW ORLEANS (AP) -- Residents of southeast Texas are preparing for a new tropical storm even as Texans farther down the coast clean up after Hurricane Dolly.

Forecasters say Tropical Storm Edouard is on a track to make landfall somewhere in Texas or southwest Louisiana tomorrow morning. It could reach near-hurricane force over the next 24 hours.

The fifth named storm of the season had sustained maximum winds of about 50 miles per hour earlier today.

Emergency teams have been activated as Gulf residents prepare for a second strong storm in less than a month. However, Edouard is expected to hit a different stretch of the Texas coast or Louisiana than Dolly did last month.

Isolated tornadoes are possible over parts of southern Louisiana and the upper Texas coast later today.