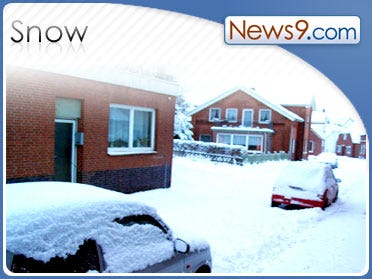 CHAMPAIGN, Ill. (AP) -- An early dose of wintry weather in Illinois has stranded some passengers at Chicago airports and is blamed for at least two traffic deaths.

7.5 inches of snow has fallen on parts of central Illinois, and more snow could hit the state later in the week.

A number of rural schools were closed and police handled dozens of accidents across the state.