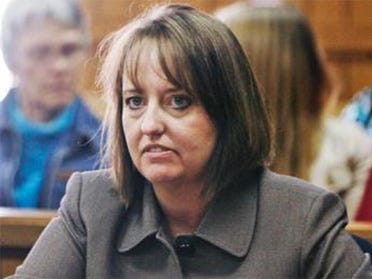 MANGUM, Oklahoma - A woman accused of helping a convicted killer escape from the Oklahoma State Reformatory nearly 15 years ago entered a not guilty plea in Greer County court Thursday morning.

Formal arraignment was set for 9:30 a.m. for 48-year-old Bobbi Parker, who is charged with helping convicted killer Randolph Dial escape from the Granite prison on Aug. 30, 1994.

According to Greer County District Attorney John Wampler, through Parker's attorney Garvin Isaacs, Parker requested a jury trial and for the trial to be postponed until the fall. The judge denied her request and set a pre-trial hearing for April 2, 2009.