Mike Leach to Stay at Texas Tech Until 2013 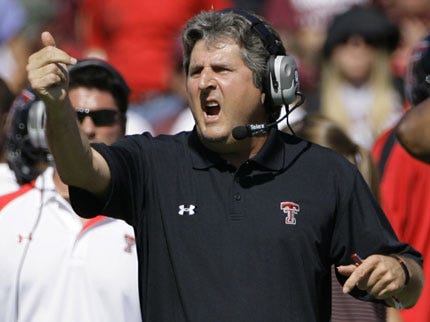 The two parties had deliberated for more than 10 months on the technicalities of the contract.

Tech offered Leach $12.7 million. Although the contract has not yet been signed, Leach could do just that by Friday.

Mike Leach to Stay at Texas Tech Until 2013