Oklahoma's Children of the Great Depression 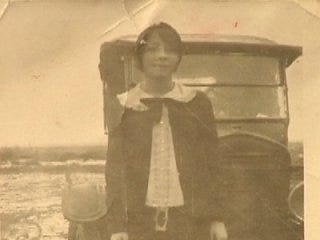 MIDWEST CITY, Oklahoma-- Today's economy has encouraged families to take a good hard look at their spending habits.  For those in their 80s and 90s, however, spending money was not really an option.

News9.com recently spoke with some residents at Autumn House, a retirement community in Midwest City, who grew up during the Great Depression.  They claim today's version of being "poor" is much different than theirs.

Lucille Brown was born in 1911.  She remembers the drugstore in Chattanooga, Oklahoma, but not spending much time inside.

"We never was in the drugstore, 'cause we didn't have no money," Brown said.  "Kids then didn't have money, they didn't know what money was."

Harold Skidmore grew up in Seminole and can recall the soup lines that stretched for 3-4 blocks.

"People was out of work and they'd take their little buckets and go get in that soup line," said Skidmore.  "And get a little soup to take home for their families to eat."

Saving money became more important to these "children" as they grew up.  Most took jobs outside the home and raised children of their own.  But they've never forgotten the lessons that they learned back then.

"If you got a nickel you held on to it a little bit," she laughed.

Oklahoma's Children of the Great Depression