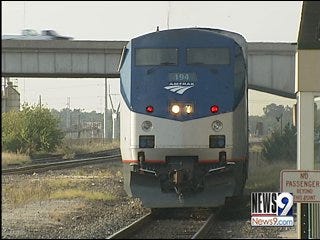 Thursday, the president called for the U.S. to move to a system of high speed rail travel.

The president allocated $8 billion in the $787 billion economic stimulus spending package for a start on establishing high-speed rail corridors nationwide.

"My high-speed rail proposal will lead to innovations that change the way we travel in America. We must start developing clean, energy-efficient transportation that will define our regions for centuries to come," said President Obama. "A major new high-speed rail line will generate many thousands of construction jobs over several years, as well as permanent jobs for rail employees and increased economic activity in the destinations these trains serve. High-speed rail is long-overdue, and this plan lets American travelers know that they are not doomed to a future of long lines at the airports or jammed cars on the highways."