Oklahoma City's first NBA draft is upon us and I couldn't be happier. After months and months of speculation from trustworthy and less than trustworthy "insiders" and after speaking with Thunder GM Sam Presti briefly about the draft, I have come to two conclusions.

One, I truly don't know where Ricky Rubio will wind up. Two, I hope it is Oklahoma City. I appreciate all the concerns about many aspects of Mr. Rubio-from his game to his legal issues to his lack of relative athleticism. But turn on U-Tube and watch the Spanish point guard tinker with opponents.

You must realize I was a Pete Maravich addict-and I mean addict--reflecting back, it was to an unhealthy degree. I think back on those years of my life and see how consumed I was in the way he walked, talked, and played and see how negative it was to me in many ways. But I'll hole that one for another day. I absolutely loved Pistol Pete's style of play, his wizardry with a basketball in his hands, his court vision, and instincts.

I was mesmerized by his uncanny way of making the game look easy, to shoot it well enough to average over 44 points a game in college (equal to an average of 52 points a game with the 3-point line which did not exist when he played college ball in the late sixties. Aside from Pete's college career average being a mere 34 points a game higher than what Rubio averaged in Spain, they have many similarities. But for those who want to compare Pete to Ricky, forget about it. We're talking about the greatest college scorer of all time and one of the greatest offensive threats in the history of basketball in Maravich. And a 10-point per game scorer in Rubio-a guard who can do a lot of things on the offensive end, except shoot. Big "except."

To be fair, although Rubio will be out-classed athletically, he was Europe's Defensive Player of the Year. Pete looked at defense as a time to rest so he could crank it up when his team got the ball back. Rubio has great hands. Great anticipation. Great instincts and feel for the game. And as is en vogue to say these days, he has a high basketball IQ.

Will he be around for Thunder GM Sam Presti to take? Probably. The very latest information I've seen is that the Timberwolves will not make a trade with Memphis to get their second pick and take Rubio. The Grizzlies are expected to take big man Hasheem Thabeet.

But I must warn you Rubio fans out there that the man I respect most in the media in terms of overall NBA knowledge and contacts believes Rubio will not be around for OKC to take. Bob Ryan of the Boston Globe said today on ESPN's Around the Horn that Rubio will go No. 2 to "somebody." That's disconcerting to us Rubio-to-OKC zealots out there. Ryan must know something no one else does because if the Wolves don't take him most people assumed Rubio would be sitting there for Presti and Company.

Assume for a moment that Ryan is wrong-a word not associated very often with the grizzled veteran. On one hand I am thinking that Presti came up through the Spurs system and spent a lot of time there with RC Buford, the current GM. Buford was big on thorough scouting of the overseas leagues.

Check out the title teams in San Antonio and you'll see what I am saying. I know in speaking with Sam that he spends considerable time in evaluating players overseas. I presume he has a good grasp on how good Rubio is and how he'd fit in with his current crop of his prized young guns. His attorneys are likely to tell him the contract issues can be resolved with Rubio's European team.

But when a gun is stuck to his head, what does Sam think? If there is truly a big risk-which I believe there is-is he willing to take the gamble? Several ESPN draft experts including the reliable Chad Ford say that in the end Presti will say "presto! Ricky, Ricky, you're so fine, Ricky, Ricky say your mine!" I say strike while the iron is hot. Be proactive. Take a chance and give OKC the chance to see some big-time entertainment and big-time wins. Put the youngster with the Big Three 20-somethings and bet the come. Don't go for a good but not great shooting guard or big man.

Take the talk of the draft. One big name analyst says if Rubio comes to OKC he'd pay to watch our exciting team play. Now folks, when you can get a national media person to say he'll pay for anything, you gotta take him at his word! Just think of what education a Rubio draft would bring. Talk about bilingual advancement. You'd have more kids and adults picking up Spanish than you could shake a stick at (I know that's bad grammar but that's the way most of us were taught). Selling tickets in a bad economy? Solved. Easy baskets for Kevin Durant and Jeff Green. No problem. Young girls looking for an autograph and a picture? No prob. I could go on and on with this stuff because deep down I'm a basketball junkie. And with this guy possibly coming to the Ford Center, and with comparisons being made with Ricky and Pete, I get excited.

But I'm going to bed. I'll probably dream of Rubio's intoxicating flash and dash and wake up in a cold sweat with the nightmare that Sudden Sam will have done what I am afraid he's going to do.
That's to trade down, leaving Rubio for the eager takers, more than willing to give the Thunder more than ample bounty to make a deal. 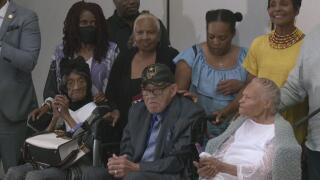 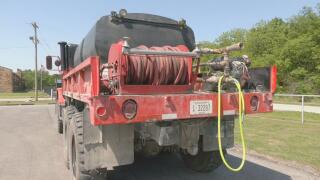 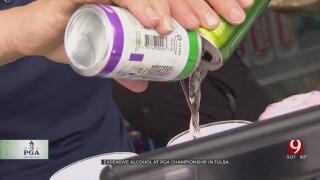 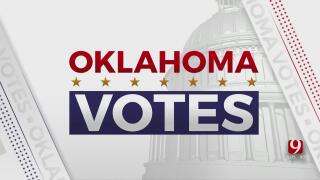 News 9 It’s the economy…and inflation, Oklahoma. This is what likely GOP primary voters said in a just-released News 9 / News On 6 poll.

News 9 It’s the economy…and inflation, Oklahoma. This is what likely GOP primary voters said in a just-released News 9 / News On 6 poll. 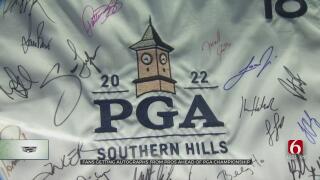 Fans Getting Autographs From Pros Ahead Of PGA Championship

Amy Slanchik Fans used the final day of practice rounds at Southern Hills as an opportunity to see their favorite golfers and gather autographs. 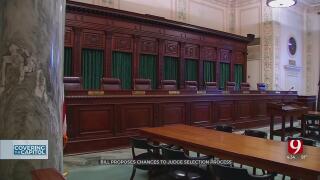 Storme Jones As the clock ticks down on the work at the State Capitol, lawmakers are considering a bill that could overhaul how Oklahoma's highest judges are selected.
View More Stories