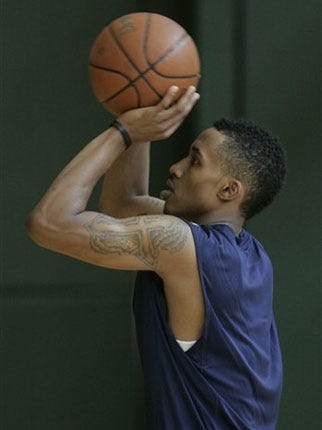 The only player drafted in the top 10 not in attendance in New York, Brandon Jennings was late to make an onstage appearance at the NBA draft. Apparently, his agent advised him to stay away from the draft, fearing he could slide and end up looking like Aaron Rodgers at the 2005 NFL draft.

Milwaukee fans hope Jennings won't be late in leading the Bucks to the playoffs. The 19-year-old point guard skipped college to play basketball in professionally in Italy. In that time, he played more games than he would have if he had attended school in America.

The results oversees were mixed. Jennings showed improvement in some areas, but never displayed dominance. Still, Jennings has exceptional physical abilities and has shown flashes of being a star.