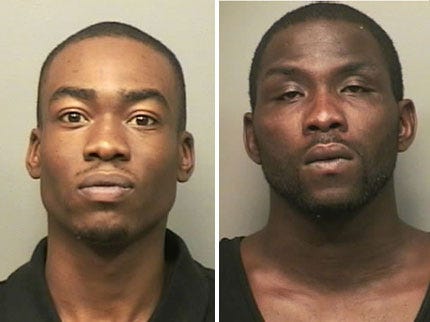 CLARKSVILLE, Tennesee - Two men have been arrested in connection to the shooting death of an Oklahoma soldier in Tennessee.

Brandon Buettner was shot July 4, after he and another soldier went to a Clarksville, Tennessee neighborhood to pick up Buettner's girlfriend. Police said Buettner got into a confrontation with a crowd in the area and that's when tempers flared and shots were fired.

Dedric Donta Shine, 25, Clarksville, was charged Thursday with criminal homicide. Video surveillance shows that Shine was one of the men who shot at Buettner's vehicle, according to a police report.

On Tuesday, Jason Rodriquez Burney, 28, Clarksville, was charged with tampering with evidence and possession of a weapon by a felon.  Surveillance video shows Burney removing a gun from the scene after the shooting.