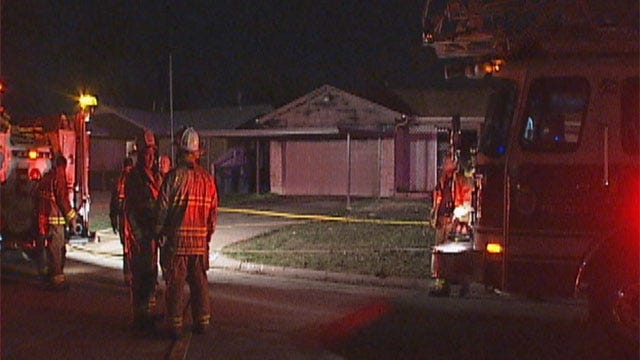 OKLAHOMA CITY -- A fire broke out a vacant house in southwest Oklahoma City, but neighbors were worried strong winds might push the flames toward their home.

Neighbors first spotted the fire at 5:20 a.m. near S.W. 59th and May Ave. When firefighters arrived, they found heavy smoke and flames. They quickly put the fire out.

No one lived in the house and no one was hurt.

The fire chief on the scene said the fire started in the attic and was probably sparked by an electrical problem.