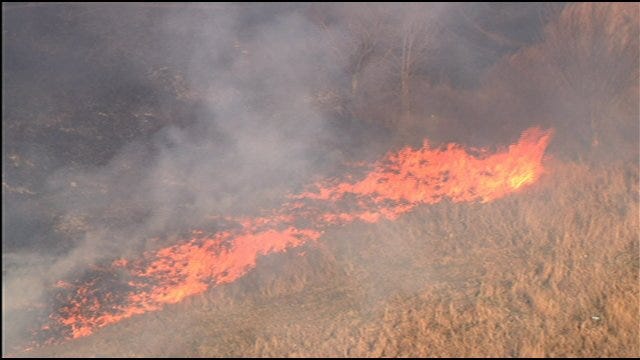 One fire broke out at Indian Hills Road and Broadway. Firefighters said they were able to stop the fire from reaching a home.

Another fire broke out near Tecumseh Road.

Firefighters were able to get both fires under control by Thursday night. No homes were damaged in either blaze.

About 20 acres were burned in Cleveland County.