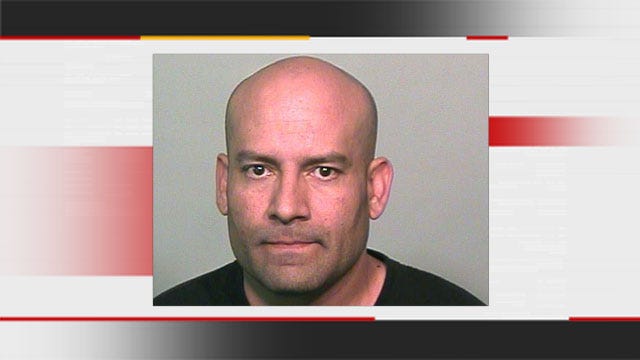 OKLAHOMA CITY -- Oklahoma City police have arrested Sgt. Maurice Martinez again, and he now faces more than a dozen charges that include kidnapping and forcible sodomy.

Back in January, two of Martinez's foster children ran away from DHS protective custody. Federal police received information that one of the runaways was possibly being held against his will near Salt Lake City, Utah. Local police performed a child welfare check, and the boy was taken into custody.

After learning of the allegations, police pulled over Martinez's car Friday at 1:45 a.m. at the intersection of S.E. 44th and Sooner in Oklahoma City. The 44-year-old had one of his adopted children in the car with him, but the boy took off running when police stopped the car.

Police say during the arrest, they were forced to use a taser gun on Martinez. He was taken to the Oklahoma County jail where he's being held with no bond.

Martinez now faces several charges, including one count of kidnapping, two counts of harboring a runaway juvenile, seven counts of sexual abuse by a caretaker and two counts of forcible sodomy.

Martinez is currently on administrative leave with pay from the Oklahoma City Police Department.

The foster child who was with Martinez when police stopped the car later called 911, saying he was cold and hungry.  He was taken into protective custody.