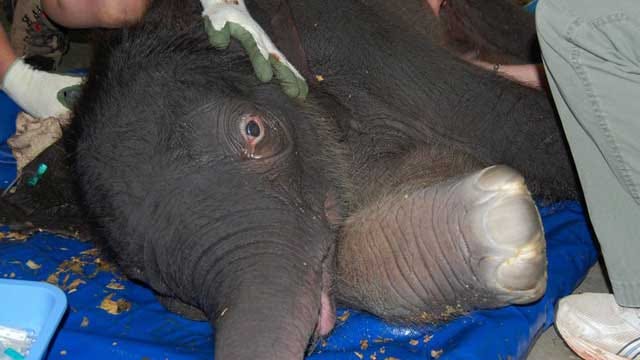 OKLAHOMA CITY -- The Oklahoma City Zoo has for the first time seen the birth of an elephant at the facility.

Zoo officials announced Saturday that a 304-pound female elephant was born Friday night to Asha and that both calf and mother are doing well. The two will remain under 24-hour watch for up to a few weeks and will not be on exhibit as they bond.

The calf has not been named.

Asha spent two years at the Tulsa Zoo with her sister Chandra to breed with the bull elephant Sneezy. Asha became pregnant but Chandra did not.