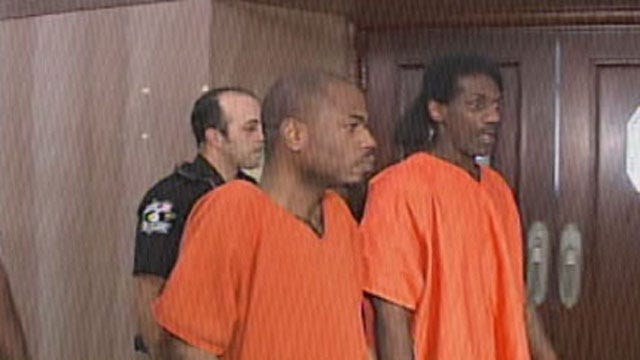 OKLAHOMA CITY -- Attorneys began seating a jury Monday for two men charged in the death of a teen at an Oklahoma City pharmacy.

Prosecutors say Anthony Morrison and Emanuel Mitchell planned the robbery of Reliable Pharmacy in May 2009. Pharmacist Jerome Ersland shot and killed 16-year-old robber Antwun Parker. Under Oklahoma's felony murder law, Morrison and Mitchell were charged with Parker's death because he died during the crime.

Jury selection for Morrison and Mitchell's trial was scheduled to begin last month, but defense attorneys argued the jury pool was tainted because many potential jurors walked into court with newspapers that had an article about the trial on the front page. District Attorney David Prater agreed, and the judge rescheduled jury selection for April 18.

Pharmacist Jerome Ersland's trial is scheduled to begin Monday, May 16.