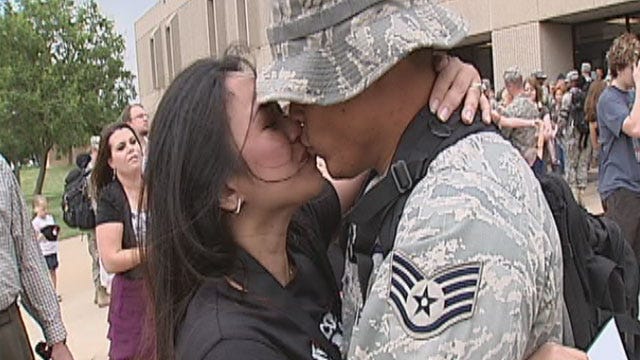 MIDWEST CITY, Oklahoma -- About 120 airmen from Tinker Air Force Base returned Wednesday morning to be reunited with family and friends.

Members of the 552nd Air Control Wing are back from a four-month deployment to Southwest Asia, and they say it's like a dream.

"You know, you think about this moment a lot over the course of deployment," Capt. Mike Powers said. "But no matter how much you think about it and anticipate it, it's always so much more amazing when you actually experience it. It's beautiful."

During their deployment, the airmen were involved in more than 200 missions in Afghanistan and over the Arabian Gulf.